Trainer Paul Nicholls says the victory of Frodon on his seasonal debut at Cheltenham on Saturday is a good omen ahead of Cyrname’s return in the Charlie Hall Chase at Wetherby next weekend.

Cyrname started last season with a bang when beating Altior at Ascot but that effort took its toll and he was subsequently second to stablemate Clan Des Obeaux on his first try at three miles in the King George VI Chase.

The Charlie Hall Chase will be another shot at seeing how Cyrname copes with three miles. 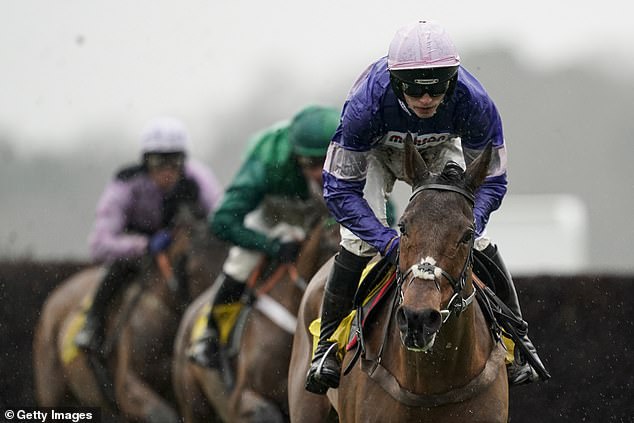 Nicholls said: ‘I think there is plenty more to come from Frodon. It’s the same with Cyrname. I don’t think he was right on the day he ran in the King George.

‘He had that hard race against Altior and it set him back. He is in good shape now.’

Nicholls has earmarked an ambitious tilt at the Cheltenham Gold Cup with Frodon after he made it six wins at Cheltenham under jockey Bryony Frost.