A final decision on whether Ireland’s champion jockey Paul Townend will be able to ride second favourite Burrows Saint in Saturday’s Randox Grand National will not be made until midweek.

Townend is a doubt to make Aintree after sustaining a foot injury in a fall at Fairyhouse on Sunday which meant he had to give up his rides on Monday’s Irish Grand National card.

Willie Mullins, trainer of 2019 Irish National winner Burrows Saint, said: ‘Paul will have another visit with his doctor during the week. 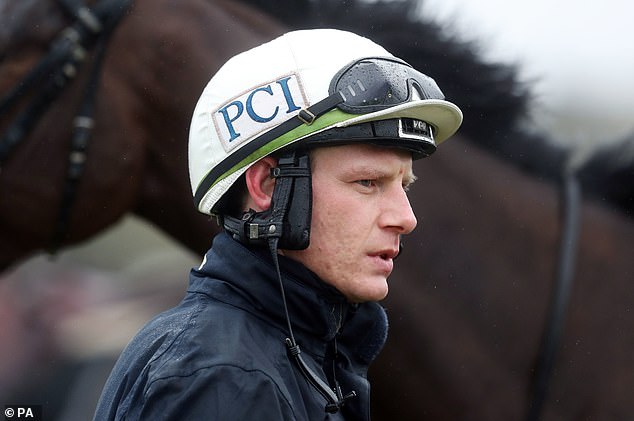 ‘We’ll take it bit by bit and see how he goes before we make any further decisions.’

While trainer Mullins is sweating on the fitness of his stable jockey, trainer Evan Williams has to wait even more nervously to see if his Welsh National winner Secret Reprieve makes the race.

The seven-year-old, due to be ridden by James Bowen, needs three horses above him in the declarations to withdraw if he is to make the final 40.

Secret Reprieve and Irish-trained Some Neck, the 42nd horse in the list of entries after Monday’s penultimate stage, both have 10st 1lb.

But the Williams-trained horse would be the first to be eliminated as his Welsh National form has been downgraded 2lb.

Farclas, who Williams hoped would be scratched to get Secret Reprieve closer to the cut-off, now looks like running for the Denise Foster stable. 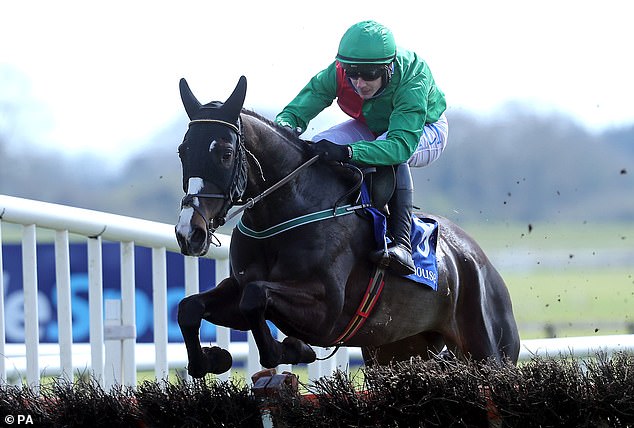 Jonjo O’Neill-trained Cloth Cap remains 4-1 Grand National favourite but a reminder of the unpredictability of marathon steeplechases was served by the 150-1 win of Freewheelin Dylan in the Irish National.

Jockey Ricky Doyle made all the running to beat Run Wild Fred by a length and a quarter. Latest Exhibition, the top weight and 4-1 favourite, was beaten five lengths in fourth.