PETER SCUDAMORE: Clan has to be The King in Ladbrokes King George VI Chase at Kempton

By Peter Scudamore For Daily Mail

The tactics that could be employed make Saturday’s Ladbrokes King George VI Chase at Kempton all the more fascinating and the burning question is what will Harry Cobden do on Cyrname?

Last year’s runner-up edges favouritism with most bookmakers but that’s not how I have it.

It’s a close call but I favour his stablemate Clan Des Obeaux, the victor in the last two King Georges, whose trainer Paul Nicholls has a history of multiple winners in the race, headed by Kauto Star.

Clan Des Obeaux’s comeback second to Bristol De Mai in the Betfair Chase at Haydock was an excellent performance in a slightly longer race on testing ground. The bottom line is he has the form in the book.

The question for Cobden is how does he beat him?

It’s an advantage that he knows both horses so well. He won the King George on Clan Des Obeaux two years ago while he has partnered Cyrname in his last six races, including when he beat Altior at Ascot last season and when second in the 2019 King George. 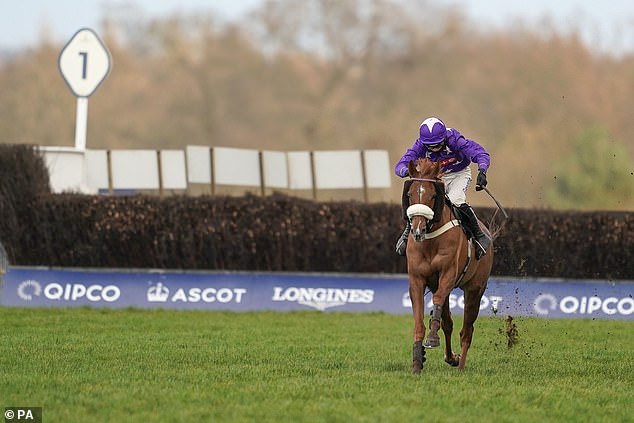 Cobden will have to work out if Cyrname, who usually races prominently, can outsprint or outstay Clan Des Obeaux and sort out his race plan.

The ball is in his court to upset the seemingly simpler tactical task of Sam Twiston-Davies on Clan Des Obeaux.

It’s not always easy to get things perfectly right at Kempton. The fact it is such a brilliant track for jump racing is why so many of us were up in arms when the Jockey Club threatened to turn it into a housing development.

It’s as flat as a pancake, placing an emphasis on speed, but it is easy for jockeys to go too fast. That guaranteed pace means stamina is also tested. When I rode Beau Ranger against Colin Brown-ridden Desert Orchid in the 1987 King George, we went so fast over the first two furlongs that I remember people saying we’d gone quicker in that opening quarter mile than they had in the 2,000 Guineas!

I’m not sure if that is correct but we cut each other’s throats and set up the race for France’s Nupsala. 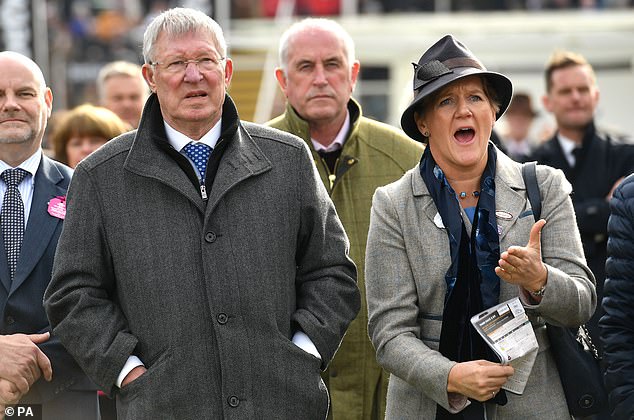 Clan all the way

Dessie was my ultimate for a King George contender. The four-time winner had everything. He won a Cheltenham Gold Cup on ground and at a track which didn’t suit him, an Irish National over three miles and five furlongs and was highly competitive as a two-miler over hurdles or fences.

Neither Clan Des Obeaux, who is part-owned by former Manchester United manager Sir Alex Ferguson (right), nor Cyrname are in their league but both have attributes needed for Kempton.

How Cobden plays his cards may be decisive but my gut instinct is to side with Clan.