Poetic Flare wins pulsating 2,000 Guineas at Newmarket with 54-year-old Kevin Manning the oldest jockey to win the showpiece race since Lester Piggott in 1992

Veteran jockey Kevin Manning was thrilled to secure his fourth British Classic success as Poetic Flare came out on top in a pulsating renewal of the Qipco 2000 Guineas at Newmarket.

At the age of 54, Manning is the oldest jockey to win the Rowley Mile showpiece since Lester Piggott steered Rodrigo De Triano to success in 1992, aged 56. 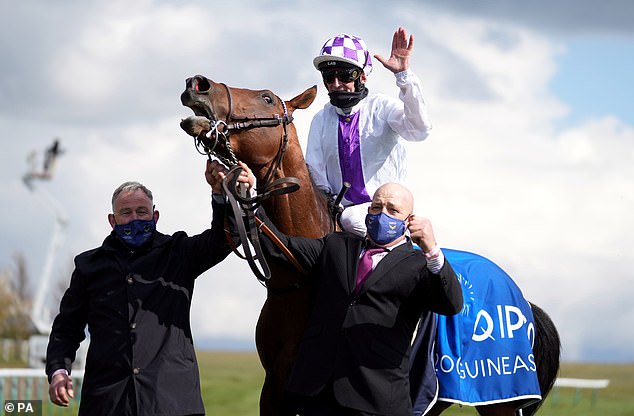 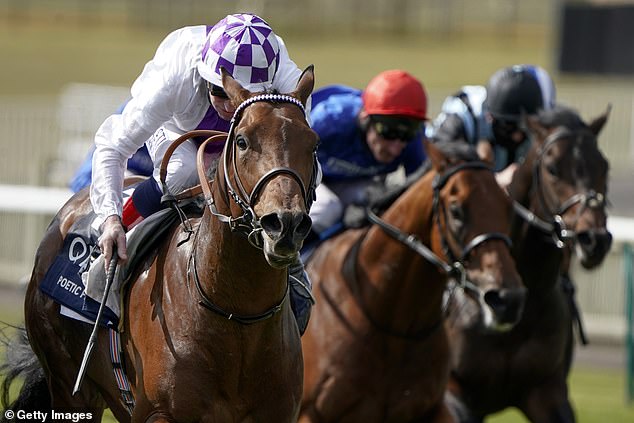 At 54, Manning (left) is the oldest jockey to win the showpiece race since Lester Piggott in 1992

Even at this late stage of his career, Manning insists big-race success tastes as sweet as ever.

‘Any time you can win any of these Classics, it’s an amazing moment,’ he said.

‘They’re so hard to win and don’t come along every day of the week.

‘It feels the same as it did at the start (of my career). Classics are Classics and you’re just very hungry for those type of races – that’s what everybody works for and strives for.’

This particular colt – a son of Dawn Approach – made a winning debut in the March of his juvenile year, but did not run again until finishing down the field in the Dewhurst at Newmarket in October. 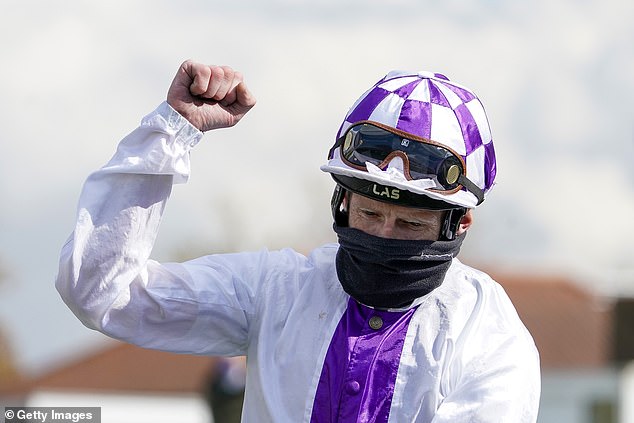 However, having rounded off his campaign with victory in the Killavullan Stakes – and made a successful reappearance in the 2,000 Guineas Trial at Leopardstown three weeks ago – Manning insists confidence was high in the camp ahead of his bid for Guineas glory.

He added: ‘When Jim has a horse with the ability to win one (a Classic), he doesn’t leave it behind.

‘This horse won his maiden in March, and then we had Covid and the lockdown and everything that went with it.

‘When racing did start back up he was turning into a big horse and was growing and one thing and another, so Jim left him be, and then there wasn’t anything for him.

‘He ended up going to the Dewhurst and even that was a very good run – beaten less than nine lengths – on his first run since March. He then won the Killavullan and came out this spring and won his Guineas trial very well.

‘I always felt he was a very smart horse and I’d have been disappointed if he wasn’t in the shake-up today.’ 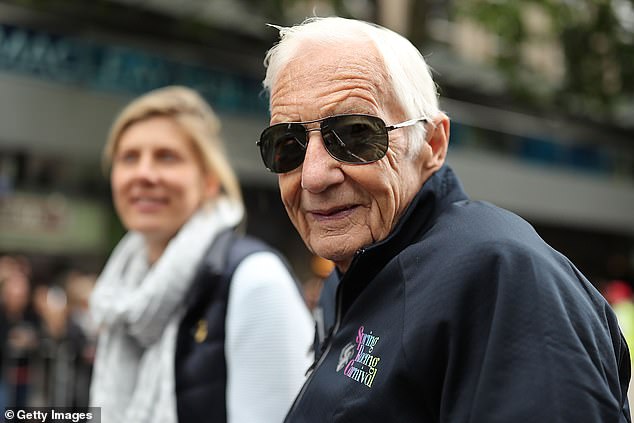 Poetic Flare was one of two Guineas candidates from Bolger’s yard along with Vertem Futurity Trophy winner Mac Swiney.

Manning – who insists he has not given any thought to retirement – feels there is little to choose between the pair in terms of talent, but hinted Mac Swiney’s long-term future could lie over further than a mile.

He said: ‘He (Poetic Flare) is a horse that would catch your eye and is a great stamp of a horse. He’s got everything, to be quite honest – he’s a great walker and a great temperament and he’s a looker.

‘Mac Swiney is at home. Whether he goes for the Irish Guineas or the two of them go, I’m not sure – that’s all down to the boss.

‘I actually rode the two of them on the grass in separate bits of work maybe three weeks ago.

‘Jim actually asked me the question ‘if the two of them turn up (at Newmarket), which one would you ride?’ And I said ‘I don’t know’.

‘The two of them have been working very well. Mac Swiney is very relaxed. He isn’t slow, but he could be more of a Derby horse.’