The Professional Jockeys Association have welcomed a saliva testing trial which will instantly return a positive test if riders have cocaine in their system.

Immediate results will allow jockeys to be prevented from riding on the day when their potentially impaired judgment could put colleagues and horses at risk.

The pilot scheme, which will be launched by the BHA in the spring, should also detect other recreational drugs. A positive saliva test will be followed by a confirmatory urine test which would be used in any investigation or disciplinary action. 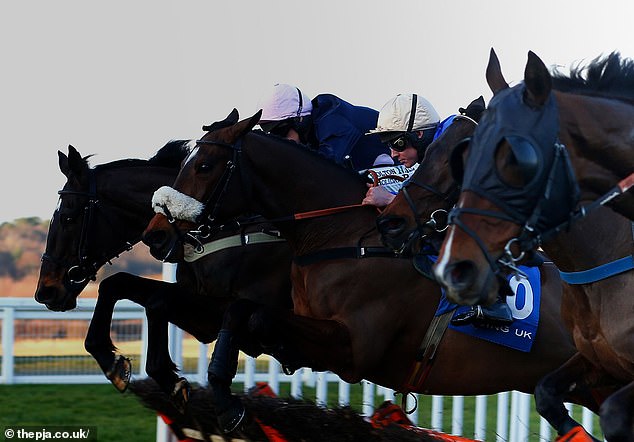 Should the pilot prove successful, racing would become the first major sport in Britain to use on-the-day screening for banned substances through oral swabs. Low costs will also allow for increased testing.

The announcement came on the day that jockey Philip Prince was banned for six months by a BHA disciplinary panel after testing positive for a metabolite of cocaine when riding at Wolverhampton on November 19.

The panel was told that Prince returned a ‘concerningly high’ level of cocaine — 56 times above the testing threshold — after admitting he was a ‘regular user’.

Prince, 28, gave his evidence via a video call from a rehabilitation centre and later released a statement which said he was looking forward to getting ‘back in racing and free from addiction’.

Paul Struthers, chief executive of the PJA, said: ‘Addiction of any sort is a terrible thing and we are there to support any of our members who need it. ‘We’ve been working closely with the BHA on the proposed pilot of saliva testing and very much welcome it.’