There was no Lingfield roar as the starting stalls opened for the Betway Welcome Back Racegoers Handicap on Wednesday, but the sighs of relief from track and racing officials were almost audible.

Racegoers were back at English racecourses for the first time since March 17, other than for two pilot events in the summer. A total of 487 owners, annual members and paying customers, plus six bookmakers, might have been well short of the 2,000 possible for a course in a Tier 2 area, but it was a start and bolstered a feeling of cautious optimism.

With 918 admitted to Haydock, 650 at Ludlow and 400 at Kempton last night, almost 2,500 supporters of the sport got back to watching it live rather than remotely.

Lingfield, Haydock, Ludlow (above) and Kempton are in Tier 2 and allowed to admit spectators

Newmarket trainer George Margarson, who had two runners at Lingfield, said: ‘We have people back at racing, which is a good starting point.

‘Everything has gone as well as it could do while we are under these restrictions. Nothing much will change until we all get into Tier 1. That’s a long way off but we have to take what we can.’

The mood among the jockeys was also one of hope that the days of them booting home winners to a backdrop of silence were coming to an end.

Callum Shepherd, winner of that opening race, said: ‘There were a few people behind the winner’s enclosure and I said it was nice to see them back and it really is. The fact it isn’t filling the place is indicative of how safe it is.’ 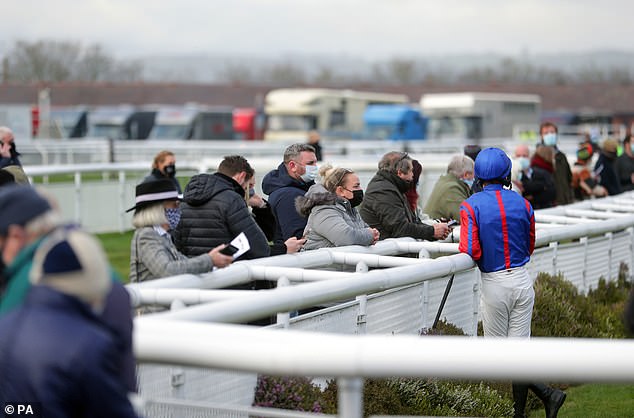 Hollie Doyle, who landed the Betway Handicap Stakes on Yes My Boy while being tailed all day by a BBC film crew after her nomination for Sports Personality of the Year, added: ‘There is definitely a bit more atmosphere and it is just good to see some new faces.’

The reality is that this remains some way off the racing experience people know. The Lingfield one-way systems and fencing would give the Hampton Court maze a run for its money, but stewards were plentiful to address the frustrations and precautions were visible.

An intersection between the green zone, for competitors and officials, and the amber zone, for owners and racegoers, was constantly being disinfected. 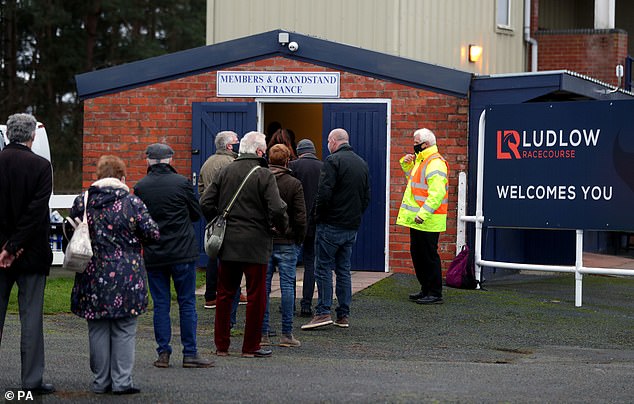 Almost 2,500 supporters of the sport got back to watching it live rather than remotely

It is a learning process for everyone as systems are put in place to allow crowds to increase. Mark Spincer, racing division MD for the Arena Racecourse Company which owns Lingfield, said: ‘The numbers we have seen are what we expected, but we have nine fixtures here this month, and for weekends and the festive period ticket sales are much stronger. We are likely to get closer to the 2,000 capacity at our three courses (which can welcome spectators).’

The fluid Tier system is key and Spincer, whose company lost an estimated £250,000 when Doncaster’s three-day pilot in September was cancelled after one day, acknowledged: ‘Things can change quickly.’

Dr Jerry Hill, the BHA’s chief medical advisor, conceded yesterday was just another step in a potentially long road back to normality. ‘The zones (on racecourses) will be there until such time people are protected in sufficient numbers by the vaccine to mix,’ he said. 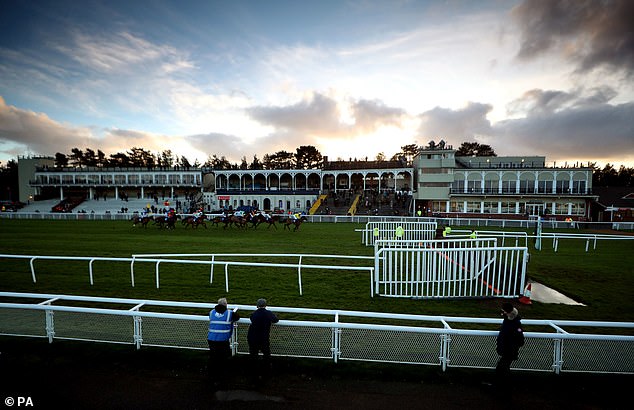 ‘We also have to remember the cohort of people who work in the green zone are probably quite a long way down the list to get the vaccine. Perversely, it is likely to be those in the spectator and owners’ areas who are likely to get the vaccine first.

‘We also have different testing options. The lateral flow tests are sufficiently reliable to make them a possibility at the point of entry of a venue.

‘But neither the vaccine nor testing are 100 per cent. We must maintain things like social distancing until the amount of virus circulating in the community has dropped to very low levels.’