Racing chiefs will review their system for approving the names of racehorses after one whose name has racist connotations made its debut at Wolverhampton on Saturday evening.

Officials moved quickly yesterday to rename Jungle Bunny, who was unplaced in the Novice Stakes, as Jungle Bells.

The term Jungle Bunny is a pejorative and racist slur aimed at black people that is rooted in the 1970s. The incident is an embarrassment for racing when the sport is actively trying to promote sexual and racial diversity.

Jockeys recently wore multi- coloured armbands as part of the Rainbow Laces campaign. The sport has also been accused of being behind the times on racial inclusivity with ITV Racing presenter Rishi Persad among those speaking out.

A British Horseracing Authority spokesman said: ‘Racist language is not tolerated in our sport whether intentional or accidental. We are opposed to racism in all its forms and are committed to making British racing an open, diverse and inclusive industry that is welcoming to all.

‘We have taken steps to ensure the horse was renamed. It is now called Jungle Bells.

‘This will be reflected in the records of the race result and horse form. We are deeply concerned as to how this happened and are reviewing the processes for approving the names of racehorses.’ 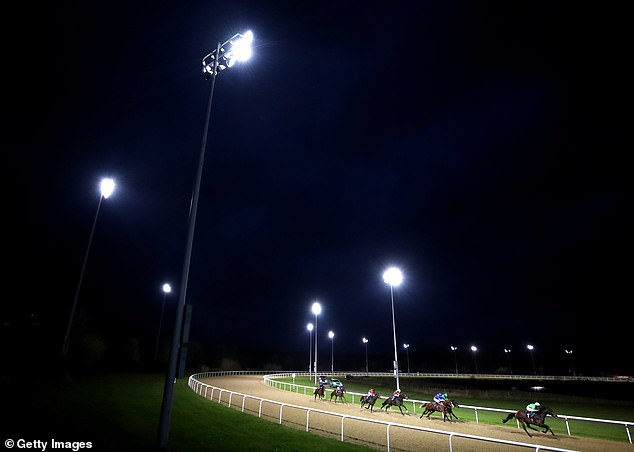 The sire of Jungle Bells is the stallion Bungle Inthejungle.

The three-year-old is owned and trained by David Evans, who said: ‘There was nothing racial about the name and nothing was meant by it.’

The BHA and Weatherbys, the sport’s secretariat, monitor the naming of horses.

A bad weekend for the BHA will see a report arrive at its London HQ this morning into the incident at Newcastle on Saturday when the starter opened the stalls just as favourite Klopp backed out. A false start was called but with jockeys struggling to pull up their mounts, seven of the 13-strong field completed the five-furlong distance and were subsequently withdrawn. Klopp easily won when the race was re-run.

Trainer Gary Moore hopes Goschen can be a player in top hurdle races after the gelding was found to be suffering from a fibrillating heart when last behind Song For Someone in Saturday’s International Hurdle at Cheltenham,.

Moore’s Flat jockey son Ryan enjoyed one of his best days in 2020 as he landed the Hong Kong Vase and the Sprint at Sha Tin racecourse yesterday. Victory in the Vase was secured on Aidan O’Brien’s Mogul and he won the Sprint on Japan’s Danon Smash.