Never has a mundane mile handicap attracted so much attention or looked so good as the 1.00pm at Newcastle on Monday.

‘The wait is over,’ course commentator Darren Owen said as stalls opened for the Welcome Back To British Racing Handicap.

It brought to an end a 76-day hiatus and the return of racing so keenly anticipated by armchair fans that even those who had piled on to heavily-backed 15-8 favourite Stone Mason could still probably maintain a smile as their fancy tamely faded into sixth. 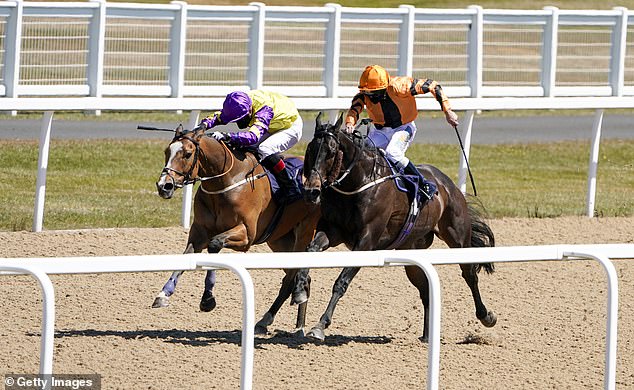 Out front was Jimmy Sullivan-ridden 22-1 shot Zodiakos, who passed the post a neck in front of Roger Fell-trained stablemate Al Ozzdi.

Sullivan said: ‘Hopefully, that will have blown the cobwebs away.’ His words summed up the theme of the afternoon. A sport dusting itself down and getting going again, albeit in a way alien to what everyone is used to.

Largely, it went smoothly off the racecourse, with the exception of an IT issue on the checking-in process. No one failed a temperature test to enter the track.

But this is sport. There is no script as December Second proved when clipping the heels of a rival and coming down in the eighth race, bringing down Financial Conduct in the process. Both jockeys, PJ McDonald and Jim Crowley, were able to walk away, but missed subsequent rides. 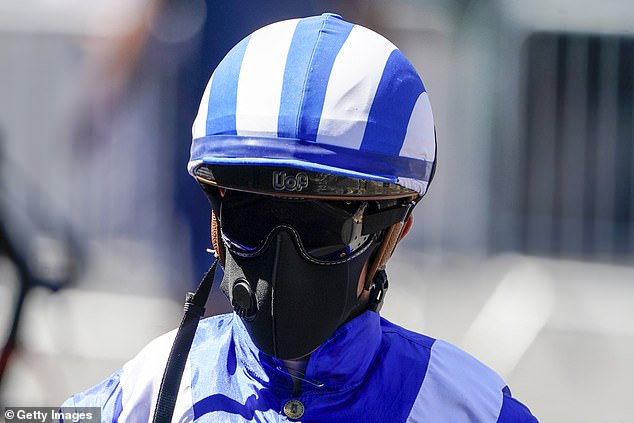 Jockey Jim Crowley wore a mask on Monday, and missed a subsequent ride after falling

December Second was less fortunate, sustaining a spinal injury which meant he had to be put down. It was hardly what racing wanted when the eyes of the sporting world were on it.

In a statement, the BHA said: ‘We are all deeply saddened about the loss of December Second. No one will be more affected by this than the trainer Phil Kirby, the owners and the stable staff who provided the horse with first-class care throughout his life.

‘Equine welfare has been an important consideration in our planning to return — for example there have been limits placed on field sizes as part of the sport’s resumption of racing strategy.

‘On average a horse falls once in every 1,000 runners in Flat races. Statistics show that horses are more likely to suffer injury at home in a field than on a Flat racecourse and at the racecourse our horses have access to the best possible care. December Second was treated by vets within seconds of his fall.’ 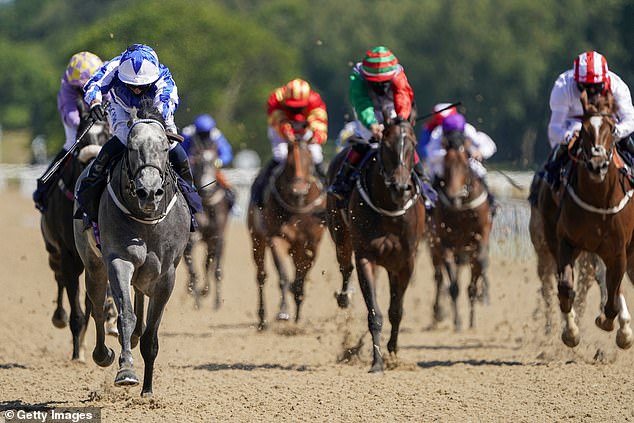 Up until the unfortunate incident involving December Second, proceedings had gone well

Up until the incident in the mile and a half Betway Handicap, things had gone well.

There was less patience shown to horses reluctant to enter the stalls, given only two handlers can now push a runner. Freedom Flyer was withdrawn at the start of race three and Northern Charm in race four.

Matched volumes of around £1million a race on betting exchange Betfair reflected the pent-up demand of punters even if it was generally a disappointing day for fancied horses.

But there were impressive wins for Tim Easterby-trained Art Power, who is Royal Ascot bound, and Frankly Darling, who could even be an Oaks contender. 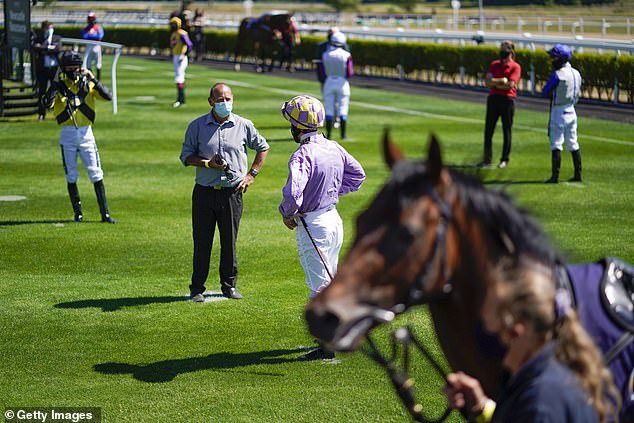 This, however, was about more than results of races. This was the test of a system that has been worked on for two months on biosecurity measures.

Around 300 people attended the meeting — not all on track at the same time.

The four female jockeys and 45 male jockeys were housed in a 350 square foot bar in the main grandstand that had been converted into a changing area.

Jockey Paul Mulrennan, who had six rides, said: ‘It’s all worked very well. There is lots of room and it has been well signposted. Weighing in and weighing out worked well.

‘There is more hand sanitiser than Boots. I have never seen so much.’ 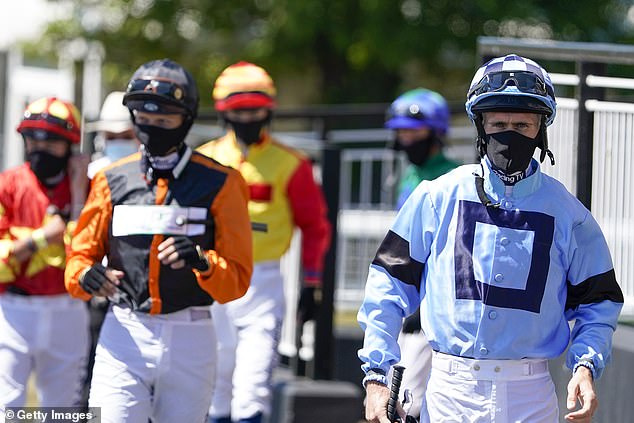 For everyone this was a new experience, even for the media.

Only two journalists were allowed on track, pooling their work to make it available to those off course. Coverage was different to anything I have experienced in over 30 years working on the Daily Mail’s racing desk, 11 as the sport’s correspondent.

The action was on the TV and interviews with jockeys or officials conducted on the phone or via video conference, when you were left praying that your WiFi connection was more reliable that most of the favourites lining up at Newcastle.