Paul Nicholls and former assistant Dan Skelton go head-to-head at Cheltenham this afternoon with the long-term ante-post fancies for Saturday’s Paddy Power Gold Cup — and that could be a narrative which runs through the National Hunt season.

Nicholls saddles the naturally talented Lalor for the first time following a stable switch after the gelding lost his way with previous connections.

His former apprentice Skelton relies on Protektorat, a classy second-season novice who enjoyed Grade One glory at Aintree in the spring and, like Lalor, already boasts some useful form over fences at Cheltenham.

The battle between the two jumping powerhouses provides an enthralling sub-plot to the first major handicap chase of the season and both stables also saddle very capable second strings in Simply The Betts (Nicholls) and Spiritofthegames (Skelton), who both know their way around the Cotswold venue in competitive handicaps. 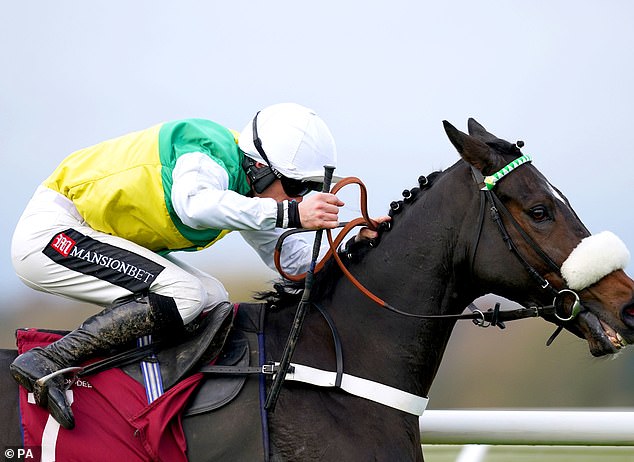 But this afternoon’s feature is far from a two-stable duel with a number of other yards eyeing the £90,000 first prize, not least Emma Lavelle, who saddles MANOFTHEMOUNTAIN (Cheltenham, nap, 2.15).

A recent Chepstow spin behind Paint The Dream should have put an edge on the selection, who could barely have been more impressive at today’s venue in the spring when running away with a well- contested handicap.

The key to Lavelle’s eight-year-old appears to be a decent surface and, with very little rain forecast for the weekend, conditions should be ideal for him to deliver a big challenge.

I particularly like the way he travels in strongly-run events and today’s race has the potential to be a proper burn-up with several aggressively ridden contenders likely to be fighting for the lead, including Protektorat and Lalor.

Sitting just off a fierce gallop should be the perfect position for rider Tom Bellamy to adopt and Manofthemountain is taken to run a huge race at a big price for a horse of his ability.

Midnight Shadow is another that knows Prestbury Park well and he too should be sharper for his recent outing behind Allmankind in the Old Roan Chase at Aintree.

Following a slow start there are signs Sue Smith’s stable are beginning to find some form. Midnight Shadow chased home Chatham Street Lad last December in a similar event to today’s so could well be on the scene once more. 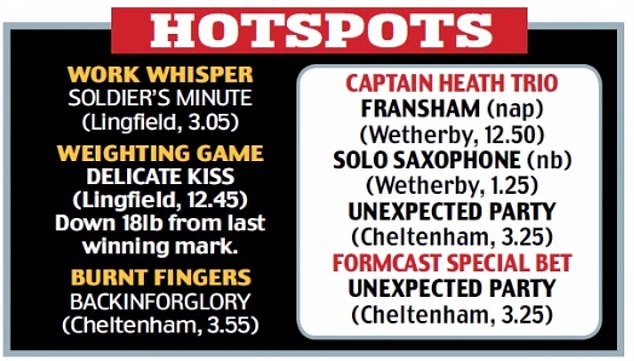