Roger Charlton believes a sinus issue caused by a rotten tooth may be the reason Quadrilateral has not lived up to expectations this season.

The issue was identified in a CT scan three days after she finished third having been sent off favourite for the Coronation Stakes at Royal Ascot last month.

Charlton believes that the infected sinus could even have been bothering the Khalid Abdullah-owned filly when she was third to Love after again being sent off favourite for the 1,000 Guineas at Newmarket at the start of June.

The trainer said: ‘I would like to think it was affecting her. She wore a cross nose-band at Newmarket and did throw her head around, so she might have been feeling it then.’

The operation was carried out under local anaesthetic. Quadrilateral is already back cantering, with Charlton eyeing an autumn programme for the winner of last season’s Group One Fillies’ Mile at Newmarket in October.

Meanwhile, Sunday’s big winner was trainer Richard Hannon. He landed the Weatherbys Super Sprint at Newbury with 10-3 favourite Happy Romance and the Group Two Prix Robert Papin at Chantilly with Ventura Tormenta, who rallied under Christophe Soumillon to re-take the lead and grab a short-head win from The Lir Jet.

The disrupted season meant Hannon had to hand Middleham Park Racing-owned Ventura Tormenta his debut in the Norfolk Stakes at Royal Ascot, won by Michael Bell-trained The Lir Jet, who beat him over six lengths.

‘We ran him in the Norfolk Stakes first time out because we thought he was very good,’ said Hannon. ‘He was well beaten by The Lir Jet, but he has turned it around today. 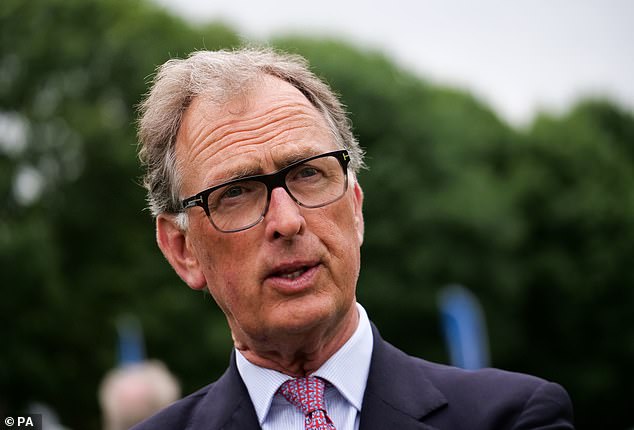 ‘He has had four races in quite a short space of time and has handled it very well. We will look at races like the Prix Morny, Gimcrack Stakes and Middle Park Stakes.

‘Happy Romance is not just a precocious two-year-old. She ran a good race for a long way at Royal Ascot when fifth in the Queen Mary Stakes, but was probably drawn on the wrong side. We could look at something like the Lowther Stakes at York’s Ebor meeting. She is definitely group class.’

Frankie Dettori’s week is all about the ride on Enable as she bids to step up from her second place in the Eclipse Stakes and land her third win in the King George VI & Queen Elizabeth Stakes at Ascot on Saturday.

After winning on Global Giant in Sunday’s bet365 Steventon Stakes — his only ride at Newbury — the Italian said: ‘It is not going to be easy but we have got Enable where we want her.’ 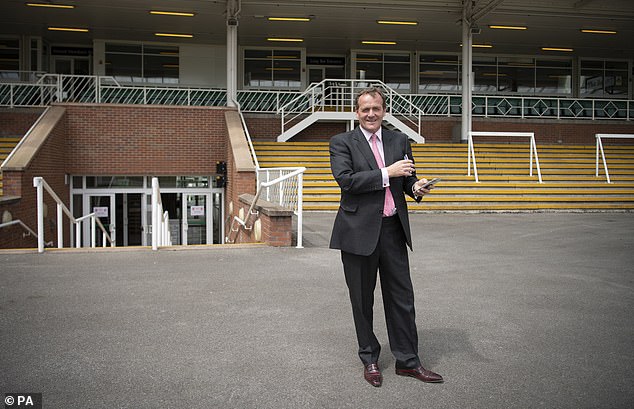