Day one at Royal Ascot is finally among us and although the coronavirus pandemic means the event will lack the familiar atmosphere due to the absence of crowds, there is plenty to look forward to.

Heading into the first day of action on the track, Sportsmail looks at the top tips to keep an eye out for as well as some outsiders for brave punters to consider.

Daarik will be popular here given connections and the manner of his Newcastle victory, but he is priced accordingly and there could be merit in supporting Kaeso for a first course win.

The selection’s track statistics read 5332 and he should benefit from his recent run behind Daarik as his record when returned to the track within 14 days is impressive (11133102), with the one unplaced effort on fast ground at York.

Hopefully, the forecast showers will materialise because they would assist Kaeso’s chance, as well as that of Greenside, who could outrun his odds.

Stall one could be a blessing or a curse for Space Traveller, but his form at the Royal meeting demands he must be taken seriously for the first Group One prize of the week. Sent into last year’s Jersey Stakes as a similarly unconsidered outsider, Richard Fahey’s colt dealt a serious blow to favourite-backers when finishing powerfully to overhaul Space Blues near the line.

He proved that performance was no fluke at Leopardstown in September when, after suffering a poor trip and being forced wide turning for home, he picked up strongly to win over a mile for the first time.

With likely favourite Circus Maximus reported to be a ‘lazy worker’ at home and Terebellum dropping to a mile for the first time in her career, there could be value in Space Traveller. For those of a more ambitious nature, 2018 winner Accidental Agent could outrun his odds given track form and a gelding operation which may eliminate his occasional waywardness.

The bookies haven’t missed the chances of Frankly Darling. She looked a smashing prospect at Newcastle when stretching out to score by five lengths on her reappearance and could make a successful leap into Group company.

Trainer John Gosden is three-handed with Lingfield scorer Miss Yoda (did well to win after getting upset in the stalls) and Anastarsia (sixth at Lingfield behind stablemate), but Frankly Darling boasts the most class of the trio and is fancied to see off Trefoil, who finished behind a stablemate of the selection at Newmarket. 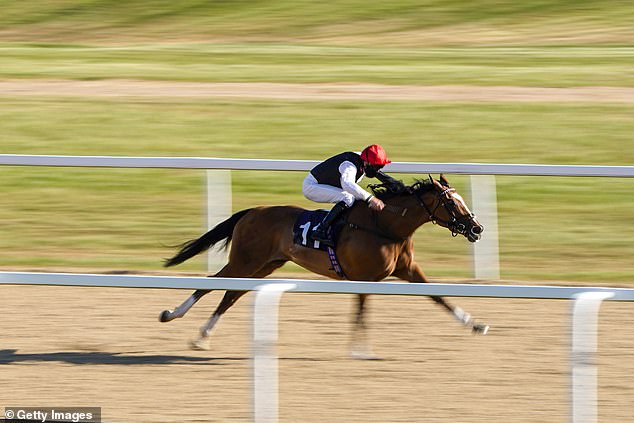 A tricky race for punters as the classy Mogul is sure to be a prohibitive price given his prominence in the Derby ante-post lists, but he hasn’t been seen on course since finishing fourth to Kameko at Doncaster in the autumn.

The selection, a Group Two winner as a juvenile, may still be good enough to see off stablemate Arthur’s Kingdom and Mohican Heights. The last named is respected as we don’t know the ceiling of his ability, while Arthur’s Kingdom has already been placed in Group One company, so this may represent a tough test for the favourite.

The absence of a vibrant crowd may well help Battaash reach the start without boiling over and he ought to make it third time lucky in this race. Twice beaten by Blue Point, his old adversary has now retired, paving the way for the Charlie Hills-trained speedball to finally record an Ascot success. Glass Slippers improved from August last year and her chance would increase if there’s rain, while track specialist Tis Marvellous (4641214) appeals as a big-price outsider.

Nazeef won a Listed race at Kempton 13 days ago, stretching her winning run to four races, and looks a good bet to beat her chief market rivals Jubiloso and Miss O’Connor.

French trainer Francis Graffard grabbed his first Royal Ascot winner last year and returns with Wasmya. Her form is stacking up and Frankie Dettori is booked.

Nazreef was impressive when scoring on her Kempton comeback and rates an obvious threat to all, but Jubiloso looks capable of better this year and could prove the answer.

The Shamardal filly ran a blinder at last year’s meeting when third in Group One company on her third career start and she looks the type to have benefited from time off and the opportunity to mature. French raider Wasmya catches the eye as a danger given she could find improvement going up in trip. Her sire won the Queen Anne Stakes here, so the mile should be no issue.

The classy Verdana Blue will be popular in the market — and understandably so given she was fourth at this venue in the Sagaro Stakes last season. She is hard to dismiss given her connections won this in 2011, but there could be more to come from Diocletian this summer, especially if he settles a little better in the first-time hood.

A hike in trip and new headgear isn’t always the recipe for success, but the selection hacked up when last seen at Chester and a wide berth is often a decent draw in this race. Quloob could be another at a price to consider.