With Royal Ascot getting underway on Tuesday there is much to look out for over what should be a jam-packed five days.

Here is our armchair guide for what to expect, and even what might be different this year with the event taking place behind closed doors amid the coronavirus pandemic.

Coverage starts at 9am and includes all races. Presented by Alex Hammond with Jim McGrath, Hayley Moore, Josh Apiafi and Freddy Tylicki. Interviews by Matt Chapman shared by both channels.

WHAT YOU WILL SEE AND WHAT YOU WON’T

No spectators or owners, with protocols allowing only a groom and trainer, or their representative, per horse. No more than 500 people a day on track. The meeting usually has 300,000 spectators over the five days.

Face coverings to be worn by all whose jobs mean they have to get within 2m of each other, such as starting stalls handlers. Traditional Royal Ascot dress codes have been suspended.

No royal procession or presentations, with the Queen — missing her first Royal Ascot in her 68-year reign — expected to watch on TV at Windsor Castle.

Field sizes limited to 24 per race. Overseas runners allowed in races at Listed level and above but not handicaps.

Bets can be placed with all major bookmakers online, while shops in England re-opened Monday. The Tote will be placed into international super pools on all 36 races with bets from Hong Kong and other leading racing nations. 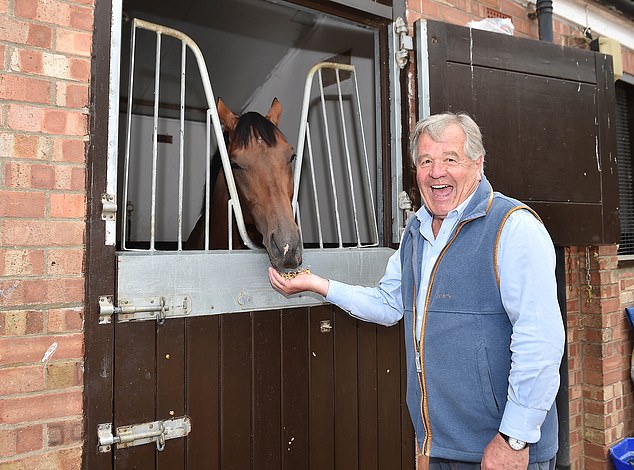 Represents the best chance of a royal winner after bolting up by seven lengths at Kempton on June 2. Could be a Derby contender if he wins this.

Attracting support in the betting and will hopefully have learnt from her debut second behind the impressive Eye Of Heaven at Newmarket.

Steps up in trip and moves down handicap level after finding things happening too quickly over a mile and a quarter at Newmarket.

Travel restrictions mean fewer runners from outside Britain and Ireland but a significant handful have made the effort.

One of seven two-year-olds representing trainer Ward, who has had 10 royal meeting winners. Frankie Dettori is booked for this filly, who won on her Gulfstream Park debut in Florida in April.

Three-time winner who was second in last season’s Queen Mary Stakes and fourth in the Breeders’ Cup Juvenile Turf Sprint.

His decision to drop the French 2,000 Guineas fourth back from a mile to seven furlongs looks the right move.

Another Graffard-trained entry who won a Group Three sprint at Chantilly last month by three-and-a-half lengths. Puts him in the mix.