Royal Ascot officials press on with plans for daily crowds of 4,000 with no tickets on sale for the general public for five-day meeting in June

There will be no tickets on sale to the general public for Royal Ascot next month.

The track are planning for a daily attendance of 4,000, limited to owners, racecourse members, box-holders and participants.

But officials have not given up hope that the five-day meeting, which starts on June 15, could be a 10,000-a-day pilot event. 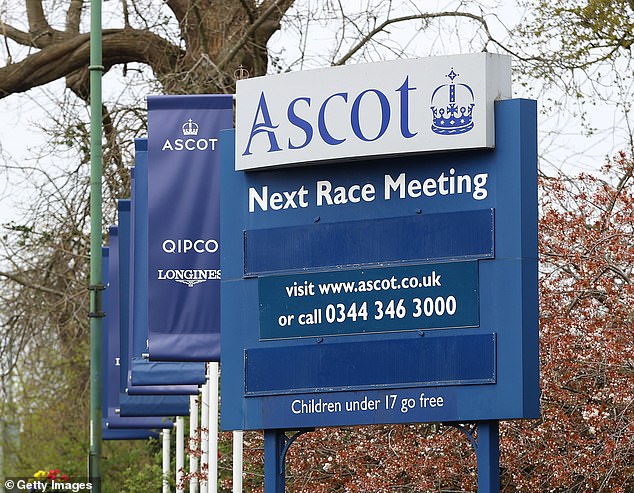 Ascot officials preparing for a maximum attendance of 4,000 people each day of the meeting

Spaces in the Royal Enclosure will be determined by a ballot of members who rolled over their bookings from last year’s meeting, held behind closed doors.

In a letter to Ascot members, Sir Francis Brooke, the Queen’s representative, wrote: ‘I am sure that you will all understand how crucial it is that this year’s Royal meeting is a safe event and is seen to be so, as the eyes of the world will be on it.’

It is not yet known if the Queen will attend.

Ascot spokesman Nick Smith said: ‘A decision will be made by Buckingham Palace closer to the meeting.’