ROYAL ASCOT TIPS – DAY FIVE: Dream of Dreams can make it third time lucky in the Diamond Jubilee Stakes, while Hukum chases another success in the Hardwicke Stakes

The Diamond Jubilee (4.20) headlines day five of the Royal meeting as Dream of Dreams bids to make it third time lucky in the Group One feature.

A highly-competitive Harwicke Stakes (3.40) features Hukum seeking to build on an promising run at Goodwood last time out. 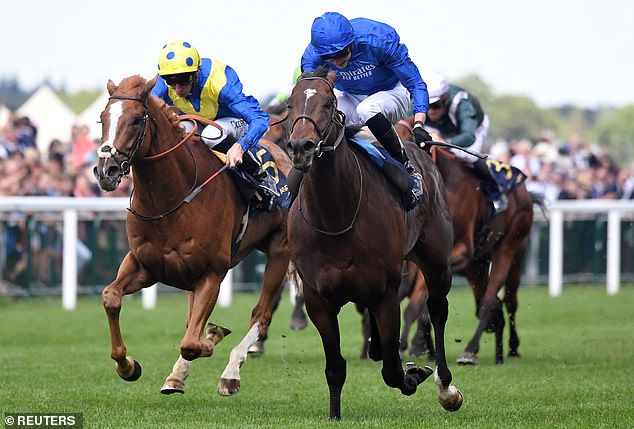 POINT LONSDALE created a strong impression when making just about all the running at the Curragh on debut (well backed to do so) and should find this test of stamina to his liking.

The son of Australia was required to fight off a series of challengers to register a first success but he kept finding more for his rider’s urgings when required and looks to possess a lot of quality.

New Science also fits that description having won cosily at Yarmouth at the expense of Reach For The Moon who also shaped with great encouragement. They appear dangerous alongside Leicester runner-up

Conditions were pretty attritional yesterday but that shouldn’t bother LIGHT REFRAIN who saw the form of her effort behind Rohaan at Haydock take a sizeable boost when runner-up Dragon Symbol was first past the post in the Commonwealth Cup.

She has improved a stone on deep ground this term in winning at Nottingham before her honourable fourth in Group Two company last month and, as a daughter of Frankel, should appreciate this step back up in trip.

Naval Crown outran his 50-1 starting price in the 2,000 Guineas when fourth and returning to 7f should suit as he was too keen at Newmarket.

A highly competitive renewal, but HUKUM looks to have been brought along steadily this term with this race in mind and should be involved if building on a promising win at Goodwood last time.

The selection won the 3-y-o handicap at this meeting 12 months ago and travelled like a dream on his latest start before being nudged to a cosy win.

He might have most to fear from the progressive Ilaraab who announced himself on the big stage at York last time when routing a useful collection of handicappers. Wonderful Tonight will also enjoy the conditions. 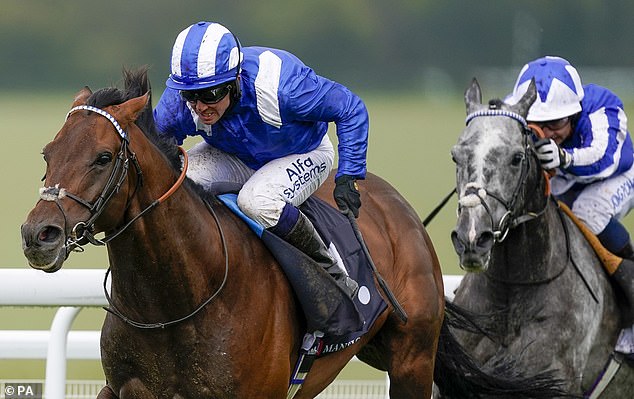 DREAM OF DREAMS has twice finished second in this event and can finally claim his first victory in the Group One feature.

Ryan Moore is arguably the key to the selection as his form figures aboard the seven-year-old read 501121 and his mount has been unfortunate not to claim this prize previously. The soft conditions should prove no barrier to success.

The same applies to Glen Shiel who won in deep ground over c&d on Champions Day last autumn and could go close to handing trainer Archie Watson compensation for Dragon Symbol’s disqualification yesterday.

Although beaten in this race in 2018 and 2020, MR LUPTON appeals as a sporting bet to make it third time lucky.

Richard Fahey’s grand sprinter was far from disgraced on either of the previous occasions he has tackled this event and showcased his well-being with a cosy York success.

Hopefully, the easy ground will stop the frontrunners getting too far from him and he can arrive late on the scene.

Chiefofchiefs has been trained for this so is respected along with King’s Lynn who was unlucky earlier in the week and Rohaan who beat Dragon Symbol last time.

KING FRANKEL made life difficult for himself at Epsom on Derby day when rearing at the start and racing lazily throughout.

It was a measure of his ability that he arrived on the scene late on with a chance of overhauling winner Solent Gateaway and a switch to a more conventional track may see him travel a little sweeter in the hands of Frankie Dettori.

River Alwen was behind the selection in the London Gold Cup, won in style by Bay Bridge, but he handles easy ground and is shortlisted along with Visualisation as the chief dangers.

STRATUM has twice acquitted himself over trips short of his best this term, winning at Gowran before being outpaced in a slowly-run affair at Navan.

Those runs should have put him straight for today’s test and it’s worth recalling he possessed the quality to finish runner-up to Enbihaar in a Group Two at York last summer, while he has already won a Cesarewitch and been placed here in the 2018 Ascot Stakes.

Stag Horn should give it a good go from the front, while Barbados and Calling The Wind could also run big races, the latter at a tall price.