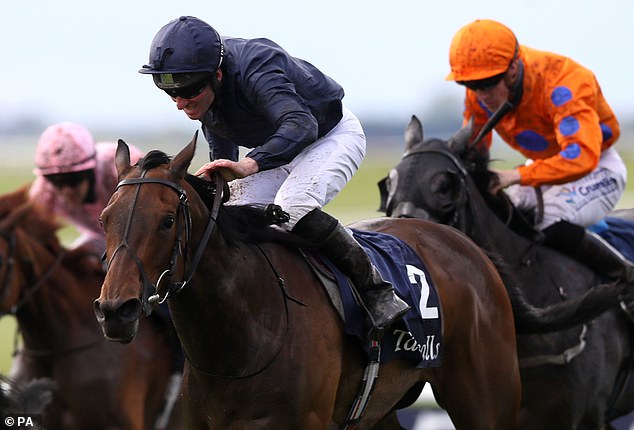 HELLO YOU, who cost a princely 350,000gns as a yearling, produced an impressive turn of foot to settle a Wolverhampton event on debut and looks capable of making an impact at this level. The bare level of form isn’t special but the time was excellent and she has plenty of appeal now she switches to turf. Flotus won’t mind if the ground eases given she won well with cut at Goodwood and the booking of Frankie Dettori will ensure she is popular in the market. Hellomydarlin could outrun her odds having clocked a smart time just a week ago on debut, also at Goodwood.

The form of the Sandown Derby Trial won by 25-1 chance ALENQUER has been enhanced in style subsequently with runner-up Adayar winning the Derby, while there have also been victories for Lone Eagle (fourth), Sir Lucan and Irish Legend to give the form a strong look. The selection appears as though the step up to a mile and a half should induce further improvement and he also displayed a likeable attitude at Sandown. Title finally got off the mark at Yarmouth last time in good fashion and may rate the chief danger,with his stable happy to allow him to take today’s step up in class.

CAMPANELLE missed her intended return to action in America at the beginning of April due to a stone bruise but is reported to be training well again now so may be the answer to a highly competitive renewal. She won an above-average renewal of the Queen Mary last year — a race which has produced 10 individual winners — doing so despite being isolated in stall one away from the majority of the pace. Her knowledge of Ascot will stand her in good stead and she shouldn’t mind what the ground is. In-form Measure Of Magic has thrived this season and also makes plenty of appeal. 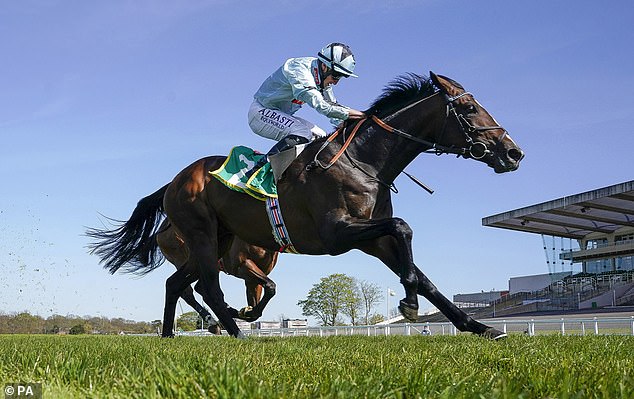 If the rains do materialise then it could be unwise to totally dismiss the claims of German Guineas winner Novemba who made all to win at Dusseldorf. She could be a tough one to overhaul if allowed a free reign in front. However, EMPRESS JOSEPHINE finished off strongly to land the Irish version at the Curragh and could still be improving. She needed all of the mile to get on top of stablemate Joan Of Arc and should be finishing to good effect. Primo Bacio is feared and only dismissed because her ability to handle soft ground is unknown.

BELIEF appears to have been campaigned with handicaps in mind and arrives in good heart courtesy of a smooth Thirsk victory so bears inspection for her powerful stable. The selection appears to handle any ground judged on her success on fast ground last time and a creditable Nottingham third on soft ground as a juvenile. Prado, ridden by a superb straight track jockey in Jamie Spencer, also has appeal at a big price as she should improve for her comeback effort here on the round track.

AADDEEY looked a horse going places at Newmarket last time and, with the runner-up Rodrigo Diaz scoring tidily since, he could prove the answer to a tricky contest. All of the last 10 winners were drawn in double-figures stalls so the selections looks well placed to make a bold bid and it’s worth noting that connections have entered him for the Group One Irish St Leger later in the season so clearly expect him to keep improving. Sam Cooke and Jeremiah fought out a finish over c&d last July and are respected along with impressive Haydock winner Quickthorn.

With heavy rain forecast during racing, conditions may be just about perfect for DREAM COMPOSER to bid to complete a rapid hat-trick. This race represents a marked step up in class for the selection, but he is thriving at present and won well on easy ground at Carlisle before quickening to score impressively at Kempton (6f) last time. His talented rider, Laura Pearson, was on the scoresheet on day two and her mount should be finishing off well. Warrior Brave is well handicapped on his latest effort at Sandown and the first-time blinkers may iron out his quirks.