ROYAL ASCOT TIPS – DAY TWO: Ballydoyle got off the mark for the meeting on day one, Japan is versatile and arguably one of the most impressive winners last year

No crowds, no atmosphere and no Queen but there was no shortage of winners as Sportsmail’s Marcus Townend got off to a blistering start with a 326-1 four-timer on day one.

Day two features the Prince of Wales’s Stakes as Japan bids to build on an excellent three-year-old campaign.

Our team of experts dish out their selections below. 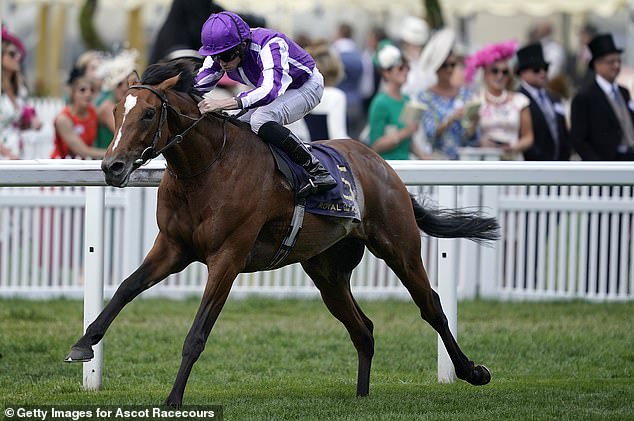 Ryan Moore should probably have won aboard OUZO at Newmarket on his comeback but the duo have the opportunity to atone for that agonising defeat here. Trainer Richard Hannon made a blistering start to the meeting on Tuesday and his four-year-old is arguably extremely well handicapped as he returns to a track which should suit his running style. It is another positive that he is drawn alongside some natural speed in Zhui Feng. The last-named would be a live outsider at a price if conditions do not deteriorate markedly.

A cracking event of its type with the claims of recent Group Three Kempton winner Berlin Tango enhanced by the heroics of Pyledriver in Tuesday’s King Edward VII Stakes. The cosy defeat of Pyledriver at Kempton came as no surprise to connections of Berlin Tango, who have been in great form since racing resumed, and he is likely to take a hand here. However, FIRST RECEIVER is reported to have thrived during the winter and served evidence of his progression by routing a field at Kempton, so he narrowly gains the vote.

Quite how KIPPS did not manage to win on his seasonal reappearance at Haydock remains a mystery, but the positive is he remains on the same mark of 83. It will be disappointing if the selection can’t make an impact off that rating given the way he travelled before displaying a good turn of foot to race clear with winner Walkonby. It often pays to be drawn in double figures in this race so he appears well berthed. Win O’Clock was another to make his turf comeback at Haydock and he appears to have escaped with just a 4lb penalty for that comprehensive success. 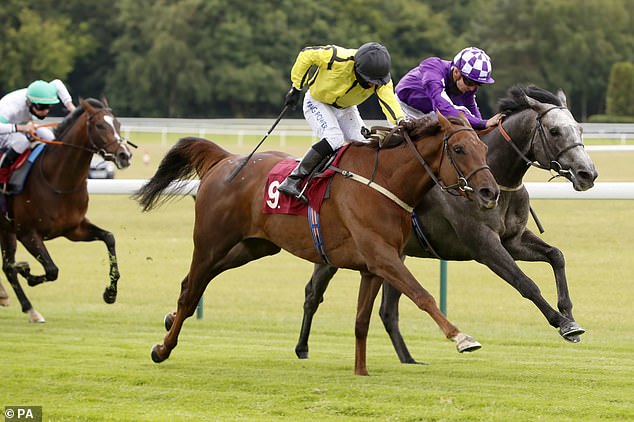 An overnight deluge would assist the claims of Addeybb, who can’t have conditions soft enough and would shorten up markedly if the ground eased a lot. His record on Ascot’s round track reads 112 and he is sure to give JAPAN at least a fright if the thunderstorms do materialise, given his heroics in Australia since the turn of the year. Ballydoyle got off the mark for the meeting on day one and Japan is versatile, so any deterioration in the ground should not compromise his chance. The selection was arguably one of the most impressive winners at last year’s meeting and later ran with great credit in the Arc.

Rider Jim Crowley wasted little time finding the winner’s enclosure on Tuesday and it appears significant he sides with ALRAJAA ahead of last year’s winner Afaak and Montatham, a horse which made such a big impression on his Newmarket comeback. The selection made giant strides last term following a gelding operation and his all-conquering stable are to be feared when they target races. Afaak boasts a good first-time-out record, so could go well again, while heavy showers will play to the strengths of Kynren and Raising Sand.

RANCH HAND was developing into a decent stayer last season and can be forgiven a disappointing run in the marathon Cesarewitch Stakes. It’s a bonus his trainer Andrew Balding has been in red-hot form.

BELL ROCK showed much-improved form to win a Newmarket handicap 10 days ago, cutting down Ouzo who is a fancied runner in the Silver Royal Hunt Cup. On that running Bell Rock should be able to defy his penalty.

The first juvenile contest of the week and it will be fascinating to see how the draw plays out. With the American horses drawn high there could be a little more pace towards the stand’s side rail, which could assist the chance of TACTICAL who shaped with plenty of promise on his Newmarket debut behind Eye Of Heaven. The selection’s sire, Toronado, won a Group One at this meeting and there looks plenty of improvement to come. Hyde Park Barracks was third to stablemate Chief Little Hawk (drawn two) at Navan but could outrun his odds here.

Trainer David Simcock is yet to fire since racing resumed, but this is the ideal stage to launch a campaign and ALMANIA could be the catalyst. The son of Australia promised plenty last term without delivering, since he was often tried at a lofty level. The selection wasn’t disgraced in a 12-furlong handicap at last year’s meeting and there could be more to come now he is stepping up in trip and has been gelded. Eddystone Rock boasts plenty of ‘previous’ in this type of race, including at this venue, and won the only time Adam Kirby has ridden him.