Luck of the Irish! Punter wins almost half a MILLION pounds from £17 Cheltenham Festival bet placed last DECEMBER after trainer Henry de Bromhead made it four wins from four with Minella Indo’s victory in the Gold Cup

By Max Mathews For Mailonline

One lucky punter from Shannon will be celebrating this evening after winning almost half a million as Henry de Bromhead’s Minella Indo won the Cheltenham Gold Cup.

The County Clare native placed the bet back in December, backing Honeysuckle in the Champion Hurdle at 16/1, Bob Olinger in the Ballymore at 20/1, Put The Kettle On for the Champion Chase at 8/1 before Minella Indo in the Gold Cup, also at 8/1. 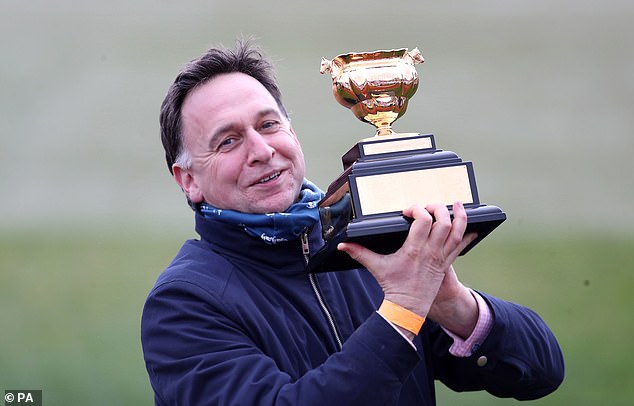 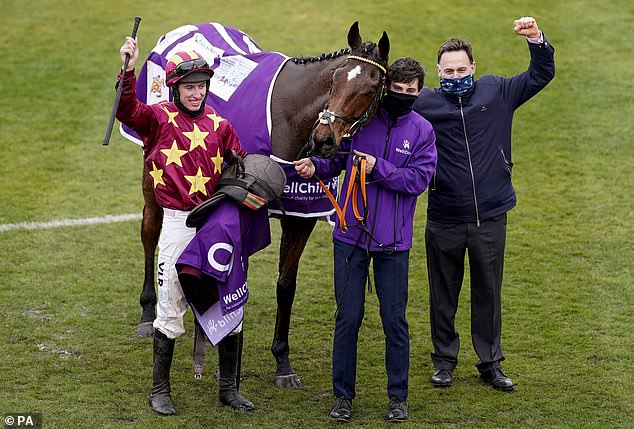 Rachael Blackmore rode Honeysuckle to victory on Tuesday, with Bob Olinger romping home on Wednesday before favourite Paisley Park lost out to Put The Kettle On the following day, leaving Jack Kennedy to ride Minella Indo to a fine win.

A Paddy Power statement said: ‘After a miserable 2020 I could only think about avoiding Zoom calls and burning banana bread, let alone having the foresight to pull off a life-changing Cheltenham punt.

‘You have to take your hat off. It’s a sublime punt and tops off a great week for Irish punters.’