Sir Gerhard provided both Rachael Blackmore and Willie Mullins with their third winners of the meeting in the Weatherbys Champion Bumper, on stable debut following his move away from Elliott this month.

The six-year-old extended his unbeaten career record to three under rules, leading throughout in a steadily-run race, then stretching clear two furlongs out before having to dig deep to hold the late challenge of odds-on favourite Kilcruit.

He did so by half a length, at 85-40, to give owners Cheveley Park Stud their third successive victory in the race – following the triumphs of Ferny Hollow (2020) and Envoi Allen (2019). 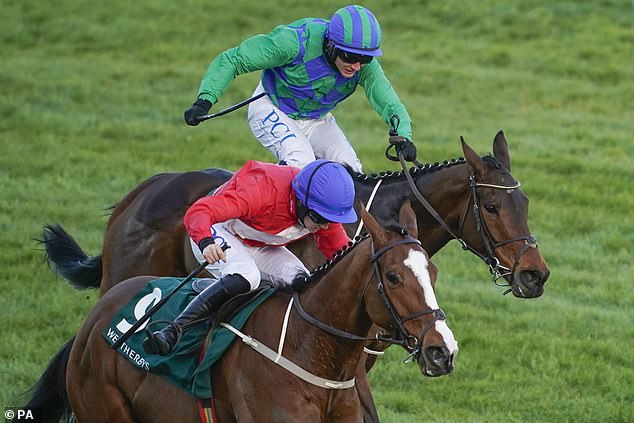