For Emma Lavelle, the last two Festivals have delivered starkly different emotions as the trainer of Paisley Park.

Power-packed as he thundered past seven rivals to land the Paddy Power Stayers’ Hurdle by almost three lengths from Sam Spinner in 2019, to power-drained last year as he slowed to a walk crossing the line 14 lengths behind the shock 50-1 winner Lisnagar Oscar.

The fact the nine-year-old had lost two shoes was annoying but more concerning was that he was suffering from an irregular heartbeat. Paisley Park looked like he had potentially lost more than his sense of invincibility that day. There was worry about what his future might hold, but the concerns proved unfounded. 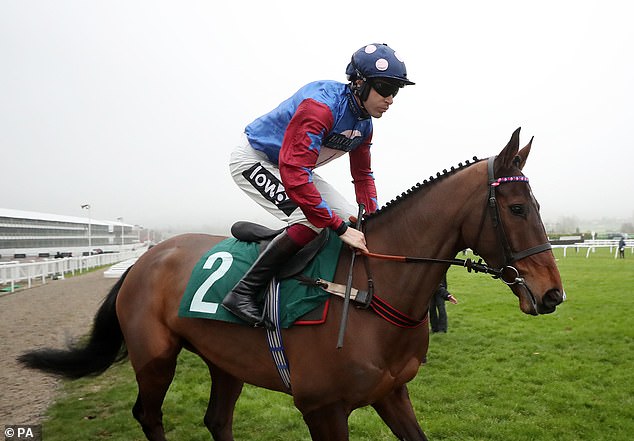 The mount of Aidan Coleman bounced back, first with a confidence-boosting second to Thyme Hill in the Long Distance Hurdle at Newbury in November, and then by winning the Long Walk Hurdle at Ascot in December, gaining revenge on Thyme Hill as he rattled home after trouble on the home turn looked to have compromised his chance.

Lavelle said: ‘Last year the initial feeling was one of deflation. The bubble was burst but I knew with a horse like him, that wasn’t his true running. Once things unfolded, the focus is away from not winning to, “Is he going to be OK and what does the future hold?”

‘The initial disappointment was swiftly dealt with, just because there were other things to worry about at that point. 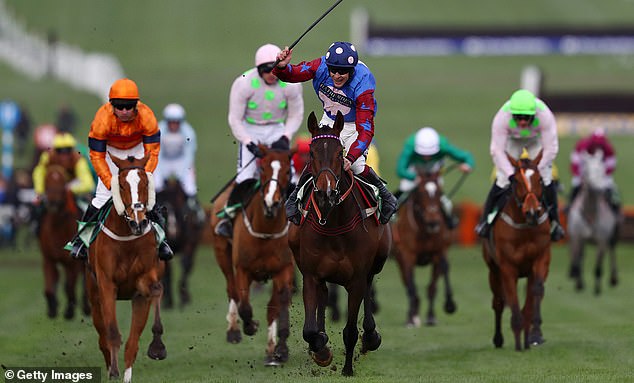 ‘This season, the only negative thing was that the Cleeve Hurdle was abandoned (the course for the Cheltenham Trials day in January was waterlogged) so he missed his prep run.

‘He had a racecourse gallop instead and he has had a straightforward build-up. He had everything checked out after the Festival and his heart went back to its natural rhythm of its own accord.

‘We did a bit with him for the next three weeks to make sure it was remaining in rhythm, which it did. Then he had a lovely summer.

‘We then built him up in the way you would do with any horse getting them fit again, monitoring his heart all the way through.’

There was a degree of everyone holding their breath ahead of Paisley Park’s comeback at Newbury but the Andrew Gemmell-owned gelding did everything Lavelle hoped he would. She added: ‘The first run was about confidence for him, for us, for Aidan riding him and for Andrew.

‘To see him finishing the race the way he did showed the fire was still burning. 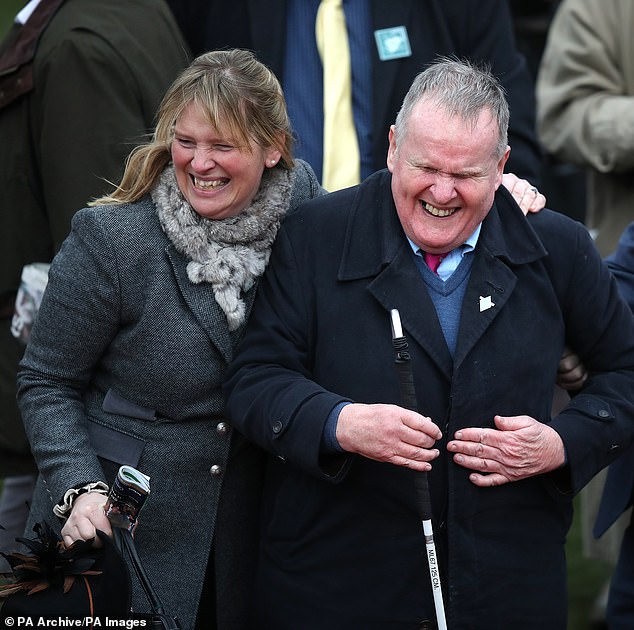 ‘Then we could get that little bit more from him and make him sharper for Ascot.

‘For us it was a really proud moment to see him winning another Grade One, doing it the way he did, battling from a position which, through circumstance, looked a bit unpromising at one stage. He’s a good horse.’

The withdrawal of Thyme Hill from today’s Stayers’ Hurdle because of a minor muscle issue means there will be no decider between the two horses, but Lisnagar Oscar and Sam Spinner oppose Paisley again as 15 horses line up.

The field also includes Ireland’s Sire Du Berlais, winner of the Pertemps Handicap Hurdle for the last two seasons, and the fast-improving Flooring Porter, who won the Grade One Christmas Hurdle at Leopardstown.

Lavelle added: ‘It’s no pushover. It’s a real shame there is no Thyme Hill, but there are plenty of horses in there with claims, ones which either love Cheltenham and step up a gear when they get there or horses that are improving in the same way Paisley Park improved.

‘I think Paisley Park is a worthy favourite.’