Leading trainer Stuart Williams fears owners will switch their horses to France as it emerged racing will not restart in the UK until at least June 1.

That date also raises doubts over Ascot’s aim to stage the royal meeting behind closed doors from June 16-20.

The news on Monday that racing is in Phase Two of the Government’s lifting of restrictions is a hammer blow to a financially challenged sport in which most racehorse owners have kept paying training fees, encouraged by reports that a restart was just around the corner.

The last racing in Britain was on March 17, meaning the sport will have been on hold for two and a half months by June 1.

Williams said: ‘We’re in a unique position in that it is fairly safe to do what we do. We should push that point. Some of the big owners with big horses must be contemplating switching them to France.

‘From our perspective in Newmarket, jockeys are coming in to work every day while gallops are going on pretty much as normal. I have no doubt we could stage a meeting at Newmarket next week and it would be very similar to what we are doing daily now.

‘Whether the BHA can convince the Government that is the way to go I don’t know.’ 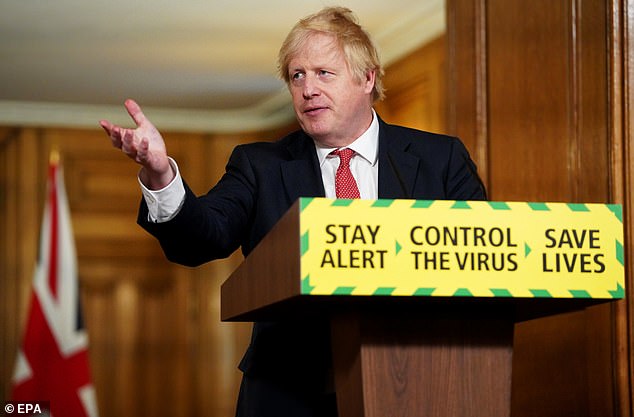 The government’s ban of sport until June 1 could cripple horse racing, Williams said on Monday

Top northern trainer Richard Fahey has his string ready to go, adding: ‘When you see the London Underground full and they say we can’t race it does not seem right. I was hoping we could return in Phase One, racing behind closed doors at tracks with hotels for jockeys and officials.

‘It is disappointing but (at least) it is clarity. Nothing is worse than uncertainty.’ 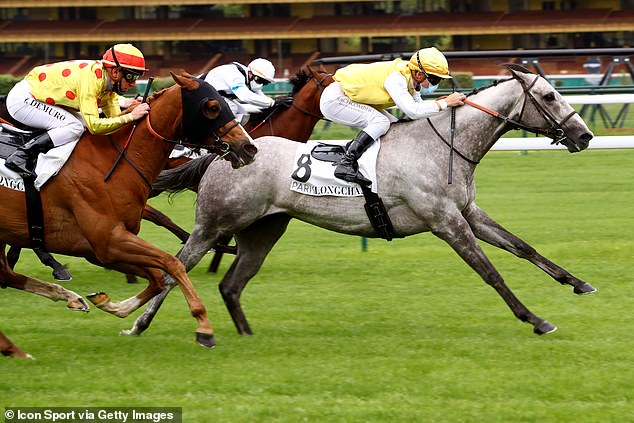 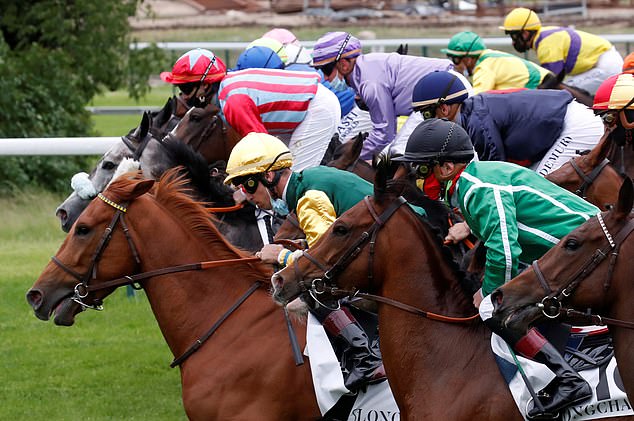 Williams fears that a number of owners will take their horses overseas, harming British racing

The Resumption of Racing Group issued a statement on Monday night saying they will meet this week to ensure race planning and the provisional fixture programme — including the Classics and other flagship races — meet the new Government timeline.

The setback for British racing came as bookmakers Coral reported a surge of interest in yesterday’s Longchamp meeting, which was shown live on Sky Sports to double the usual audience for a Monday meeting in France.

The fixture included a disappointing fourth for 2019 French Derby winner Sottsass, who started as a 2-5 favourite for the Prix D’Harcourt but could only finish two lengths behind the winner, Maxim Guyon-ridden Shaman. 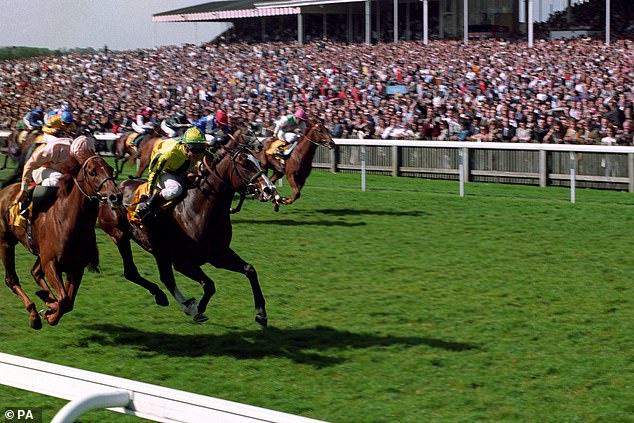 Guyon had also won the first race back when 11-1 shot Batwan landed the Group Three Prix de Saint-Georges by half a length from Gold Vibe.In the Prix de la Grotte, Andre Fabre-trained favourite Tropbeau claimed victory and shortened to 2-1 favourite for the French 1,000.

Her Mickael Barzalona-ridden stable-mate Victor Ludorum lost his unbeaten record with a third in the Prix de Fontainebleau, in which jockey Pierre Charles Boudot won on The Summit.Victor Ludorum eased to 4-1 for the French 2,000 Guineas on June 1 while The Summit was cut to 8-1.