The return of racing: Jockeys wearing masks, deserted stands and ‘you can’t talk to anyone’… but Germany becomes the first country to bring back the action with Hanover meeting

By Tom Caldon For Mailonline

Germany provided the first installment of live post-lockdown sporting action on Thursday by hosting a dozen races in Hanover.

Untended during the coronavirus pandemic, the grass was overgrown in places as competition got underway for the first time behind closed doors. 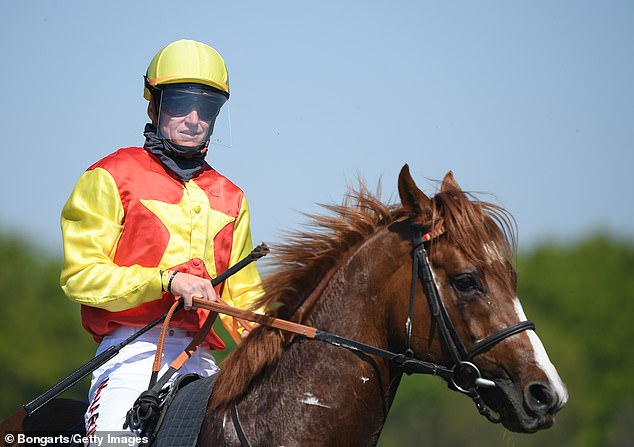 The course which regularly attracts up to 10,000 spectators due to its ties with local football club Hannover 96 stood empty as German thoroughbreds strode across the turf track.

‘It’s great, but there is no atmosphere,’ he told The Telegraph. ‘You can’t have a coffee, or a beer, there are large open spaces which would normally be packed with families and you can’t talk to anyone, but we’re very glad to have it. It’s peculiar racing without people because it is such a social sport. 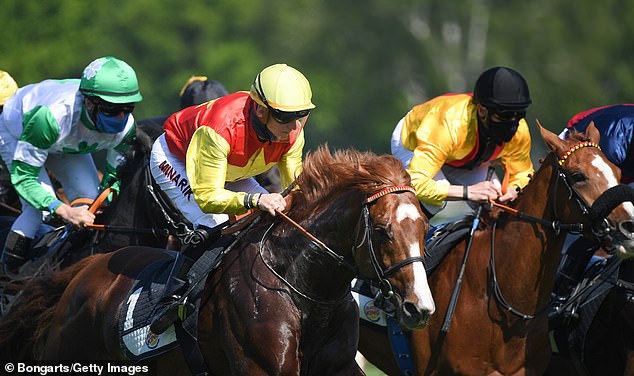 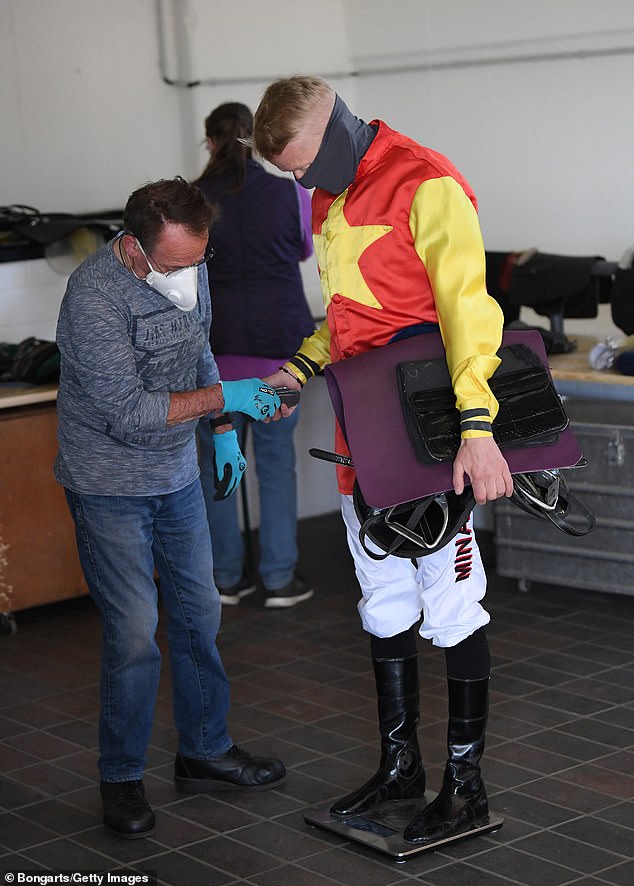 One jockey weighs in next to a race official, both of whom wore protective clothing 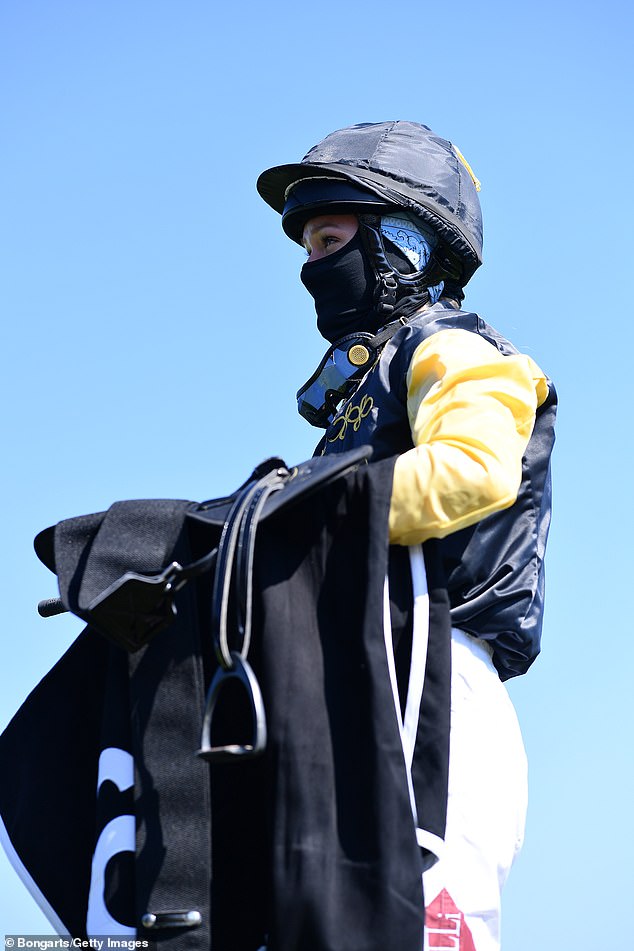 ‘But everyone is wearing masks so it is hard to recognise them and, to be honest, the masks are wet after 10 minutes of breathing on them so you don’t really want to talk to anyone anyway.’

Thursday’s racing was streamed live on the  Deutscher Galopp website, and the sport is expected to return to television screens on Saturday with Racing TV (Sky 426) broadcasting the meeting at Mulheim.

In the meantime, the British Horseracing Authority have published a schedule for the first seven days once racing is given the green light to resume by the government.

The BHA allotted 13 fixtures in the first week to regions north, midlands and south.

The races are will vary in class and distance, giving owners and trainers equal opportunity to kickstart the comeback. 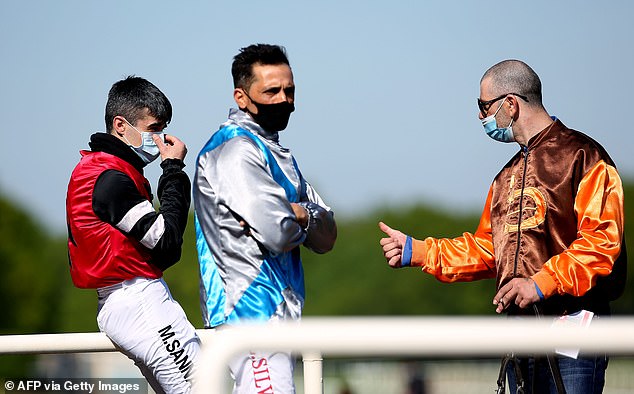 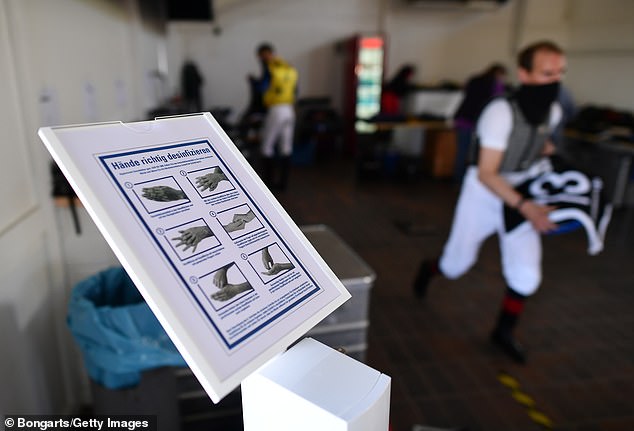