Question marks hang over the future of Tiger Roll after the dual Grand National winner was pulled up well before the finish of the Glenfarclas Cross Country Handicap Chase at Cheltenham on Friday.

Trainer Gordon Elliott admitted the performance of the four-time Cheltenham Festival winner was ‘very disappointing’ while Eddie O’Leary, racing manager to his owner brother Michael, conceded that age might be catching up with the best-known steeplechaser in Britain or Ireland.

Friday’s race had been billed as a two-horse contest between Tiger Roll, who had had a prep-race on the Flat and was ridden for the first time by Robbie Power, and French-trained Easysland, the gelding who had beaten him in the Cross Country Chase at Cheltenham in March.

But with odds-on favourite Easysland fading into fourth, the race was won by 22-1 outsider Kingswell Theatre, trained by Michael Scudamore and ridden by brother Tom, who pulled five lengths clear of Beau Du Brizais with 2019 Welsh National winner Potters Corner two lengths further back in third.

Elliott said: ‘There is no excuse. The writing was on the wall after two or three fences.

‘You couldn’t blame the ground and we were happy with the horse going into the race. He is not getting any younger. 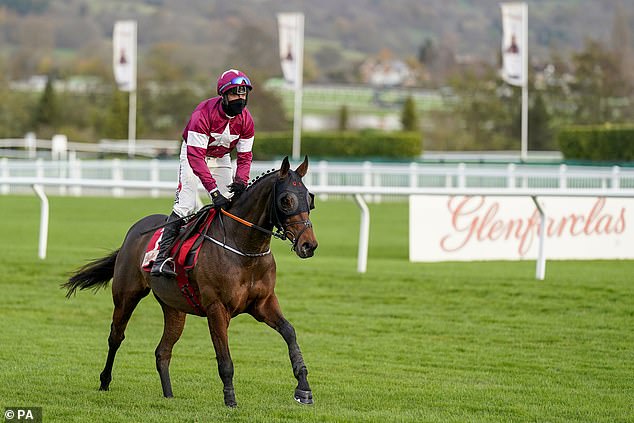 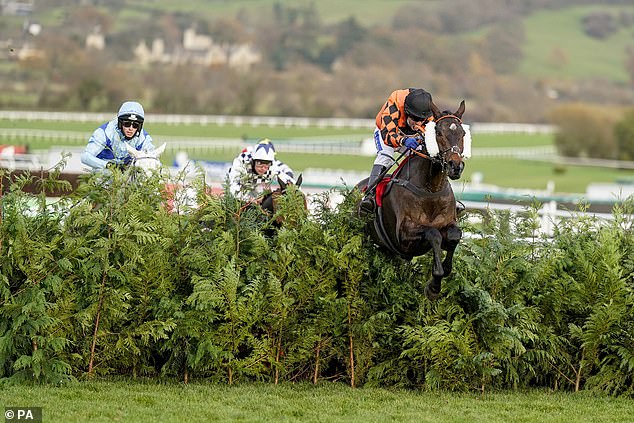 The race was surprisingly won by 22-1 outsider Kingswell Theatre, ridden by Tom Scudamore

‘We will all have to have a talk and see what we do now.’

Eddie O’Leary added: ‘The fire still seemed to be lit but that was a very poor run.’

Kingswell Theatre, who had been pulled up in the Cross Country Chase in March, was repeating his 2017 victory but was racing from 18lb out of the handicap, enough to make trainer Michael Scudamore question whether running the gelding was wise.