Trainer Kim Bailey has found a way of beating the boredom when he has runners at a desolate racetrack stripped of hopeful owners and animated crowds during the Covid-19 lockdown.

‘It’s a bit depressing, isn’t it?’ he says. ‘I have actually been going to the races with a book. In between the races I go back to my car and read.’

At this week’s Cheltenham Festival, Bailey is hoping to be making stories rather than reading them. 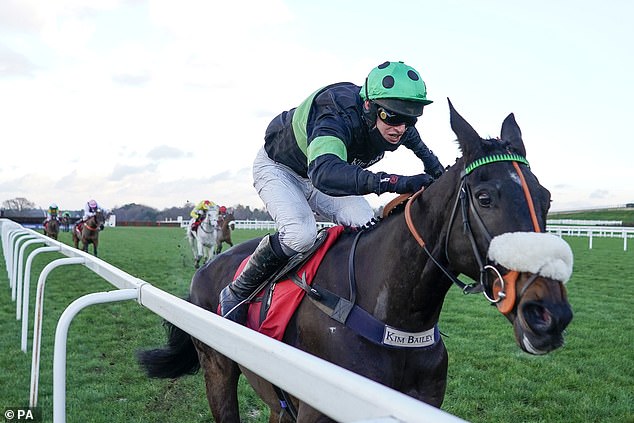 His meeting kicked off with Happygolucky, who was second in Tuesday’s Ultima Handicap Chase.

Now the big guns will be rolled out. There is First Flow in this afternoon’s Queen Mother Champion Chase and Imperial Aura, who is the shortest priced British-trained runner in the Ryanair Chase when Vinndication will switch back from steeplechasing to run in the Stayers’ Hurdle.

One of the Festival’s Magnificent Seven — the septet of individuals who have trained the winner of the Champion Hurdle and Cheltenham Gold Cup in the same year — Bailey has his best set of Festival chances since he landed the Champion Hurdle with Alderbrook and the Gold Cup with Master Oats in 1995.

First Flow did it with a thrilling display of jumping under stable jockey David Bass whose attacking instincts perfectly harness the strengths of the nine-year-old who runs in the colours of 91-year-old Tony Solomons, Bailey’s longest standing owner.

Bailey says: ‘I probably had more people get in touch after that race than when I won the Grand National — I was amazed. It was also such a good race to watch. It was one of those rare moments when racing excels and everyone involved plays their part.

‘It was a step up in class but First Flow deserved to take that step up. We were confident he would run a very big race.

‘He was a good hurdler, people forget that. He wasn’t unfancied when he ran in the (2018) Supreme Novices’ Hurdle. 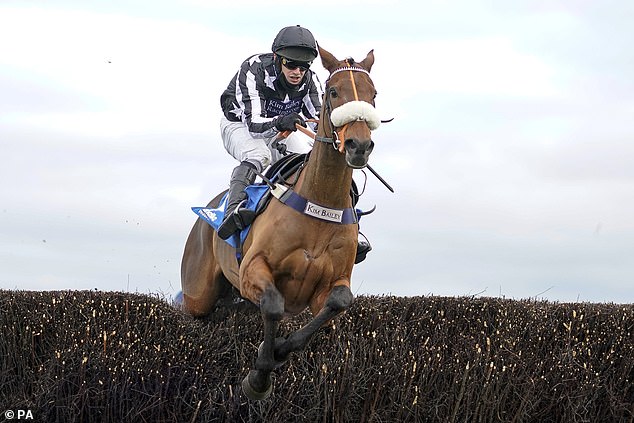 ‘The horse is a quirk of nature — he has no pedigree or right to be any good. His sire Primary was a sports horse sire for a while and has now come back to thoroughbreds because of him. I’ve never had a fancied runner in the Queen Mother Champion Chase but I’ve always loved the race and loved watching it. It would be wonderful to have the horse that passes the post in front.’

Standing in First Flow’s way is the Willie Mullins-trained odds-on favourite Chacun Pour Soi. So most people see Bailey’s best chance of a Grade One winner this week as Imperial Aura in the Ryanair Chase.

Bailey says: ‘There are question marks about nearly everything in the race whereas, in the Champion Chase, Chacun Pour Soi can probably give us a fence start and still beat us!

‘Imperial Aura is a very exciting horse with gears. We ran him over three miles at Cheltenham last season so the trip is not a problem and, despite his fall at Kempton last time, he has been a very good jumper.’

Bailey is confident Vinndication will put up a good show in Thursday’s Stayers’ Hurdle and the lightly-raced eight-year-old has something in common with Bailey’s other big hopes. 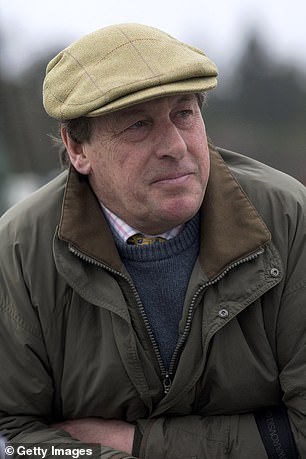 All were lavished with the two constants of the Bailey training philosophy — time and patience — with a dollop of another of his favourite ingredients: fate.

Sixteen months before Master Oats won his Gold Cup, he broke a blood vessel so badly that ‘blood poured out of him and virtually filled a bucket’, according to Bailey.

‘It was fate that forced me to give him time and he came together. It would have been very easy to say “career over”.

‘We trained him a different way. He did no fast work.We took him out twice a day to stop him being pressurised. It worked for him.’

The F word has also intervened with both First Flow and Imperial Aura.

First Flow won three times as a novice hurdler before being pulled up in the Supreme Novices’ Hurdle and then didn’t run again for a year.

Bailey recalls: ‘He was due to run in the novice chase at Hereford and had a dirty trachea wash so didn’t run. The only time we were able to run him that season when we found the soft ground he needed was the Imperial Cup (at Sandown on the Saturday before the Festival).

‘He ran a blinder and finished fifth but not running worked in our favour. He matured and came back a stronger horse.

‘Imperial Aura had sore shins after breaking the track record over two miles at Carlisle (in October 2016) on his first start over hurdles. He couldn’t run again for ages which, in hindsight, was again the best thing that ever happened.

‘It allowed him to fully mature and become a stronger horse.’

It has been a while since Bailey sat at the Cheltenham Grade One race table but his wait may soon be over. Maybe it’s his fate this time.