Trainer Ismail Mohammed targets more glory with Away He Goes in Sky Bet Ebor race worth £300,000

Ismail Mohammed has already enjoyed Group success on the Knavesmire this week and the enigmatic AWAY HE GOES (York, 3.35) could make it a meeting to truly remember in Saturday’s Sky Bet Ebor.

Victory for Zain Claudette in Thursday’s Group 2 Sky Bet Lowther Stakes catapulted the Newmarket handler back into the spotlight at a track where he enjoyed rich success with Educate in the John Smith’s Cup five years ago.

However, that Pattern-race triumph may be eclipsed if Dane O’Neill can nurse Away He Goes to the front in a race worth £300,000 to the winner. 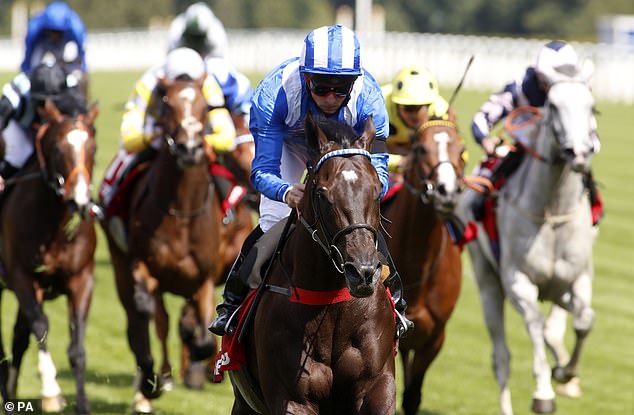 Dane O’Neill will be hoping to ride Away He Goes to victory in a race worth £300,000 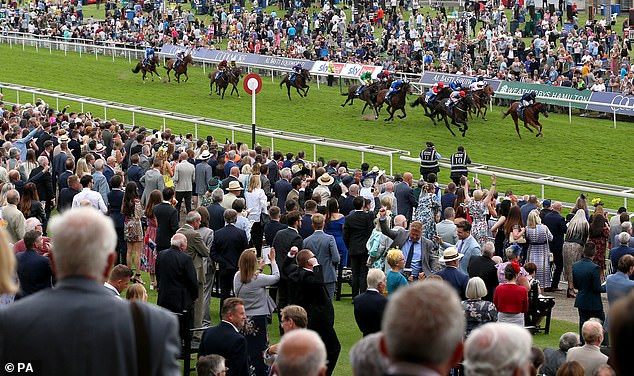 Given the selection hasn’t won since September last year, that could be a tough ask for the Irish veteran rider. But there has been significant encouragement in the five-year-old’s two performances since returning from Meydan in the spring.

He boasted the class to chase home Trueshan on soft ground in the Goodwood Cup on his latest start — a performance the handicappers adjudged a career-best effort — and may not run into a true Group One performer this afternoon.

In fact, he has been asked to do battle with the likes of Hukum and Subjectivist in recent outings and has acquitted himself well despite a lack of the end-to-end gallop he craves to showcase his best form.

There should be no such issue today and, although his head carriage doesn’t always find favour with the purists, the set-up of the Ebor and the hurly-burly nature of a big-field handicap may just set him alight.

Hopefully, O’Neill can encourage him to swing along on the bridle in trademark fashion before smuggling him into the race at the business end.

There are, of course, a host of potential dangers with Hamish clearly saved for a tilt at this afternoon’s valuable prize, while Sonnyboyliston has been all the rage in the ante-post markets for connections which have made a habit of targeting races of this nature.

Live Your Dream shot to the head of the market following a well-backed success at Newmarket’s July meeting but connections face an anxious wait to see if they make the final line-up.

The manner in which he sliced through a competitive field on the July Course suggests Live Your Dream is a Group horse masquerading as a handicapper and he will be a huge threat to all if he sneaks into the race.

York could be set for anything up to 20 millimetres of rain during the afternoon, but that shouldn’t affect the chances of A PINT OF BEAR (York, nap, 5.20) in the finale.

It took connections eight runs before trying the Kodi Bear colt on turf, but returning him to the minimum trip and encountering grass has been the making of him and I like the fact he ran extremely well over course and distance two starts ago.

Apprentice Kieran Schofield enjoyed a good spin on the selection at Goodwood last time and a nice middle draw is another positive.