Osborne, 18, was thrown out of the saddle after her mount Zeyzoun clipped heels with another horse after a furlong of the one-mile Follow At The Races on Twitter Handicap before being trampled by the pursuing pack.

The incident, which caused the following race to be delayed for 20 minutes while Osborne was transferred to an ambulance, resulted in fellow apprentice Marco Ghiani, the rider of unplaced Maykir, receiving a 10-day suspension after being adjudged guilty of careless riding as he manoeuvred right towards the running rail.

But on Monday night her father tweeted: ‘With an immeasurable sense of relief I can report that she is going to be fine.’

Osborne, who rode for her father at British Champions Day at Ascot on Saturday, had earlier ridden the eighth winner of a hugely-promising first season as a professional jockey on Pettochside.

Meanwhile, plans to run Coronation Cup and International Stakes winner Ghaiyyath at next month’s Breeders’ Cup have been scrapped after the five-year-old was found to have a muscle-related problem after a routine work-out over the weekend.

The Charlie Applebty-trained five-year-old has instead been retired to stand at Sheik Mohammed’s Kildangan Stud in Ireland.

Also heading to stud is Clive Cox-trained Commonwealth Cup winner Golden Horde. He was supposed to race on next season but has sustained a tendon injury. 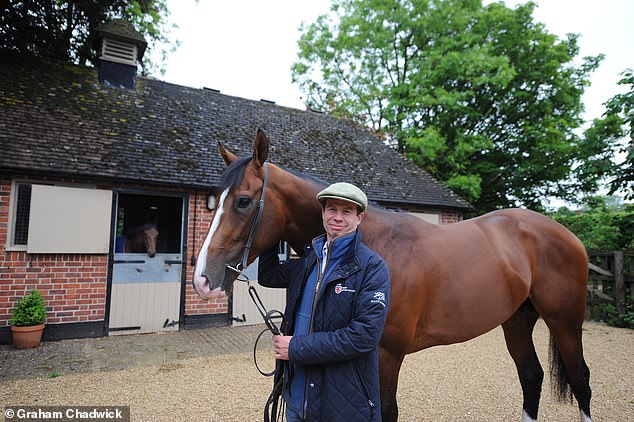 Osborne, daughter of trainer Jamie, had to be transferred to an ambulance after the incident