‘She will be carrying more weight and condition than she ever has in her career’: Trainer John Gosden aware of the task facing Enable ahead of her seasonal debut in Coral-Eclipse Stakes

Trainer John Gosden is not underestimating the level of the task facing his two-time Prix de L’Arc de Triomphe winner Enable when she makes her much-anticipated seasonal debut in Sunday afternoon’s Coral-Eclipse Stakes at Sandown.

Gosden has warned that the Frankie Dettori-ridden 6-5 favourite has become harder to get race-ready as she gets older.

The Newmarket trainer said: ‘Training six-year-old mares is not something I have a lot of experience of but I certainly think her metabolism has changed. She is not a three-year-old filly anymore and there is a significant difference.

‘Although she goes out full of enthusiasm and really enjoys her training, it has simply taken her longer to tighten up. She will be carrying more weight and condition than she ever has in her career having done everything you can do at home.

‘Only a race now will get her to a point where you will have her at top race fitness. Clearly, the Eclipse can be a nice platform for the King George at Ascot.’

Saturday’s Investec Derby may have been the most prestigious race of the Flat season and one packed full of potential for the future but the line-up for the Eclipse Stakes makes it the best Flat race run in Britain this season. 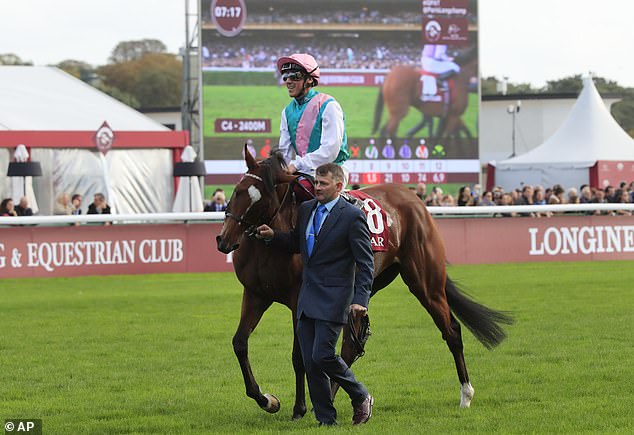 The presence of Khaled Abullah-owned Enable almost ensures that on her own. The six-year-old mare, who has won 13 of her 15 races and almost £10.5million in prizemoney, has been the stand-out star of British Flat racing almost from the point she slammed Rhododendron by five lengths in the 2017 Investec Oaks.

The Eclipse Stakes was Enable’s return race last year when she beat old adversary Magical but the depth of the opposition this afternoon is greater.

Ghaiyyath, the Charlie Appleby-trained winner of last month’s Coronation Cup when he galloped his opposition into the ground as he beat 2019 Derby winner Anthony Van Dyck two and a half lengths, will ensure any chink in Enable’s race sharpness is exposed.

The big question Ghaiyyaith has to answer is whether he can put together top-class back-to-back performances. That is something he has failed to do but Appleby feels the colt who puts so much into his races is better equipped physically now that he is more mature. 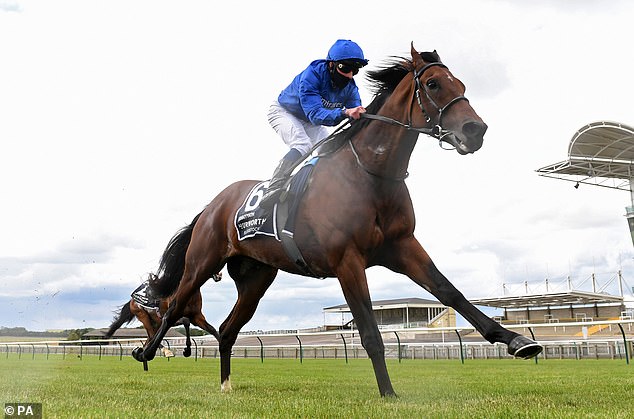 Appleby said: ‘In the past we have been concerned as we have all seen how those big performances take it out of him. Winning by these big margins looks comfortable but in the past those performances have taken their toll.

‘This year we have seen a difference. The most encouraging part of that performance and what makes it exciting is post-race he has held his condition well and visually he has bounced back.

Also in opposition is Aidan O’Brien-trained Japan, who landed the 2019 International Stakes and Grand Prix de Paris before finishing fourth in the Arc, is widely perceived as the top older horse in the O’Brien stable despite a lethargic comeback run at Royal Ascot when fourth to Enable’s stablemate Lord North in the Prince of Wales’s Stakes.

O’Brien said: ‘What happened to Japan at Ascot was Ryan (Moore) was waiting on the stalls to open and when the starter shouted “hoods off” he jumped and hit the stalls, so when the stalls did open he was on the back foot and lost a little bit of ground. 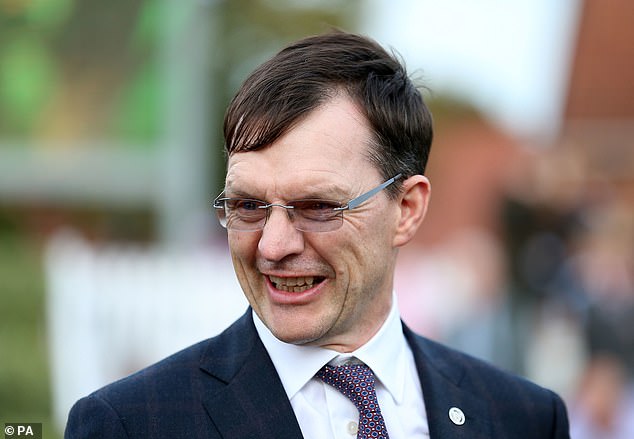 ‘Ryan then let him go forward but he did that when the pace was strong, it was his first run and the combination of all that he got a little bit tired in the last furlong, but Ryan was very happy with him.’

Also in the field are Japanese challenger Deirdre, winner of the Nassau Stakes at Glorious Goodwood, and O’Brien’s globetrotting mare Magic Wand.

Whatever happens on Sunday afternoon, Enable’s season is being framed around a fourth run in the Arc at Longchamp in October where she will try to become the race’s first three-time winner.

Having won the race in 2017 and 2018, she was beaten a length and three-quarters by Waldgeist in last year’s race when the very soft ground went against her.