‘Being a small yard like ours… a big win on ITV would be fantastic’: Trainer Tom Clover hoping to add to Kremlin House Wall of Fame

Trainer Tom Clover could be daunted when he thinks about the horses previously trained at his Kremlin House stables in Newmarket but instead he finds it inspiring.

Kremlin House, Clover’s third base since setting up training with wife Jackie, was where his late father-in-law Michael Jarvis trained a raft of top horses including his 1989 Prix de L’Arc Triomphe winner Carroll House, 2005 Oaks winner Eswarah and Rakti, the Italian import who he placed to win five group one prizes including the 2003 Champion Stakes. 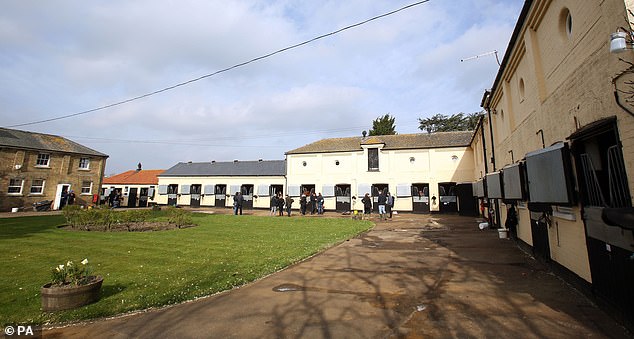 His successor Roger Varian prepared his 2014 St Leger winner Kingston Hill at the stable which was recently base for Simon Crisford.

Clover, who moved into the stable late last year, said: ‘There is a walkway through the yard to the house and it is lined, floor to ceiling, with pictures all these group and Classic winners. It is not pressure but I would love to add to the list.

‘With Simon moving, Kremlin House came available sooner than we were anticipating being able to move back. We have rented the bottom half of the yard to Martin Smith and taken 50 boxes with 37 horses at the moment. 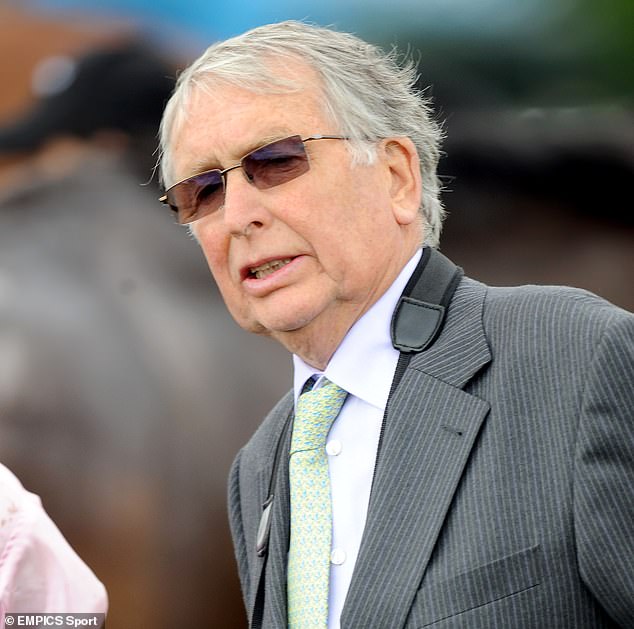 ‘Jackie and my mother-in-law Gay help. It is our lives and I hope we can have success from here and longevity like my late father-in-law did.’

Victory with Soldierpoy, who only cost £7,000, in Sunday afternoon’s televised £150,000 Weatherbys Super Sprint at Newbury, a contest where the weight a horse carries is determined by its price, would be a good start.

Clover, who previously worked for jumps trainer Charlie Longsdon and Newmarket-based David Simcock, trained Declarationoflove to be runner-up in the 2017 Super Sprint, his first full year with a licence, and that gives him encouragement with the colt who won his last race at Thirsk. 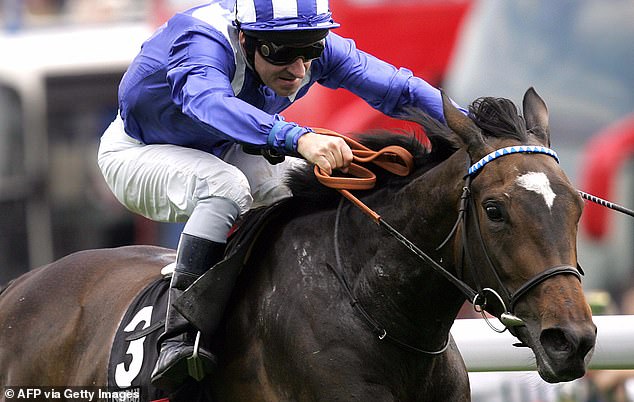 Eswarah, the 2005 Oaks winner trained by Michael Jarvis, was on the Kremlin House yard

Clover added: ‘Being a small yard like ours, it is great having midweek winners but a big win on ITV would be fantastic. We have been knocking in the door in the big races.

‘I am unlikely to be able to buy the types of horses which are competitive in stakes races, so targeting a sales race is something we try to do.

‘We have a bit to find with the joint favourites Get It and Happy Romance but I feel the race will suit Soldierpoy. He reminds me a lot Declarationoflove. I hope he can get a lovely tow into the race and would like to think he will be hitting the line hard.’ 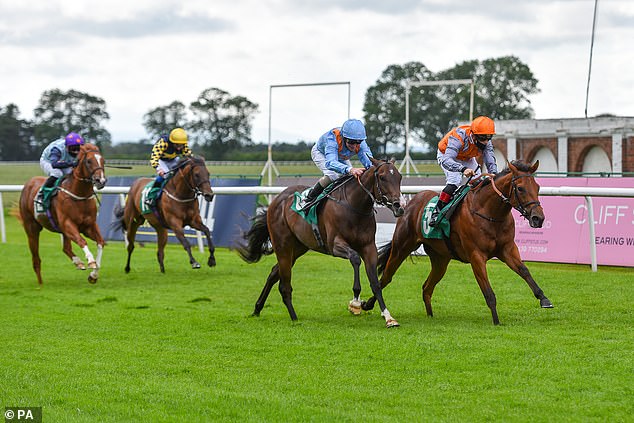 Fifteen wins from 62 runs so far in this disrupted season represents an impressive strike rate of 24 per cent for Clover.

Clover said: ‘We sold a lot at the end of last year and were quite low on numbers at the start of the year and were beginning to think it was a bit tight but it was 100 per cent the right thing to do. The horses we have now are up to winning their races.’

Victory for Soldierpoy would be a family affair. The 15-strong Shimplingthorne Syndicate which own the gelding includes Clover’s mother Jackie and brothers Josh and Charlie 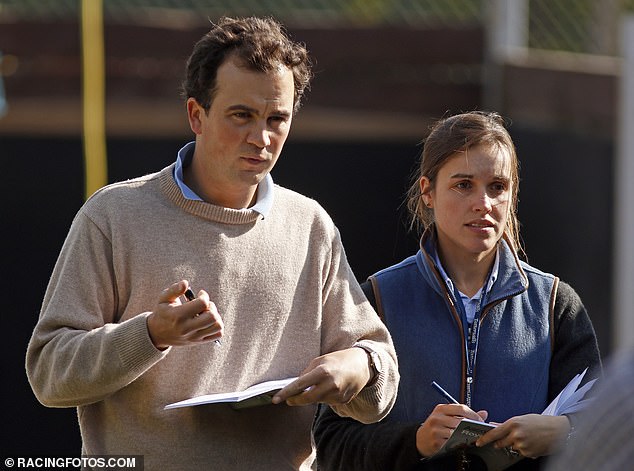 There is an even bigger family date on the horizon with Jackie due to have a baby shortly.

Clover added: ‘Jackie is due to have a baby in a month so I pulled her off riding out five weeks ago! She is in the office doing a lot of the admin work but we discuss races and what will suit horses all the time.

‘She initially told off me when I bought Soldierpoy because he was a son of the sire Sepoy but luckily I’ve have been vindicated.’