Trainers John Gosden and son Thady enjoy exceptional day as Haqeeqy lands the Lincoln to add to two Kempton wins, Lord North’s victory in the Dubai Turf as well as Mishriff’s success in the Sheema Classic

Apprentice jockey Benoit De La Sayette ensured the spotlight already on him will shine even brighter with an ice-cool win on Haqeeqy in the Lincoln Handicap at Doncaster.

The 18-year-old only made his race-riding debut late last year and his chance on Haqeeqy was a first ride on Turf for the rider who has now ridden 10 winners from just over 30 mounts.

Sayette’s win was part of a magnificent day for his boss John Gosden who now trains in partnership with son Thady. 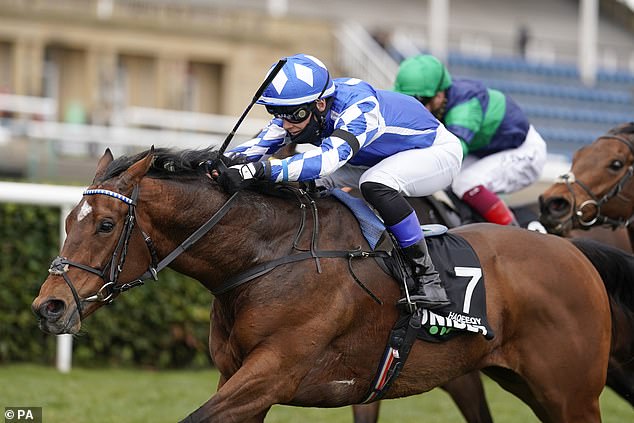 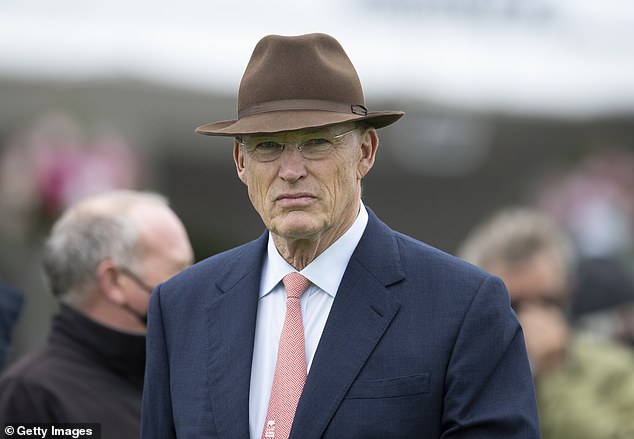 As well as wins at Kempton with Otyrar and Global Giant, the Gosden team landed two massive prizes on the Dubai World Cup card courtesy of Frankie Dettori-ridden Lord North in the Dubai Turf and David Egan-ridden Mishriff in the Sheema Classic.

De La Sayette will be handed some big opportunities by the Gosden team this Summer.

On Saturday he had to sit and wait for a gap to open for 9-2 shot Haqeeqy, who ultimately won with plenty in hand.

De La Sayette said: ‘It’s a dream start to win the Lincoln on my first ride on turf, I’ll probably wake up tomorrow thinking it was a dream. 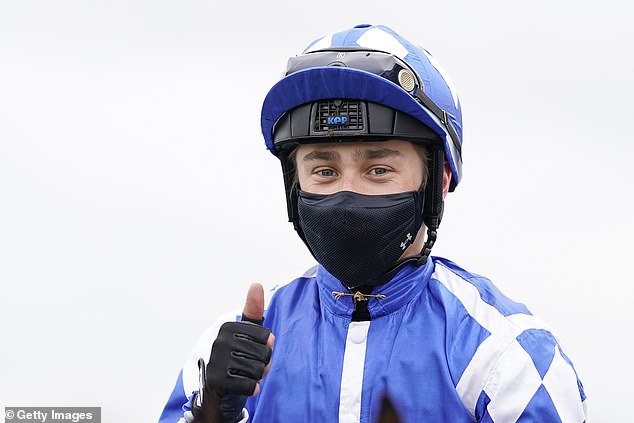 ‘The Gosdens are so supportive, any slight mistake I make he’ll run me through it. I couldn’t ask for a better boss.

‘My father was a champion amateur rider in France and I always wanted to follow in his footsteps. He came over to ride for Godolphin. I did the Pony Club circuit and then went pony racing at the age of nine.;’

Trainer Edward Bethell, who succeeded father James as trainer at the family’s North Yorkshire stable in January, landed the Spring Mile at Doncaster yesterday with 8-1 shot Artistic Rifles who rallied after being headed to beat Acquited a neck. 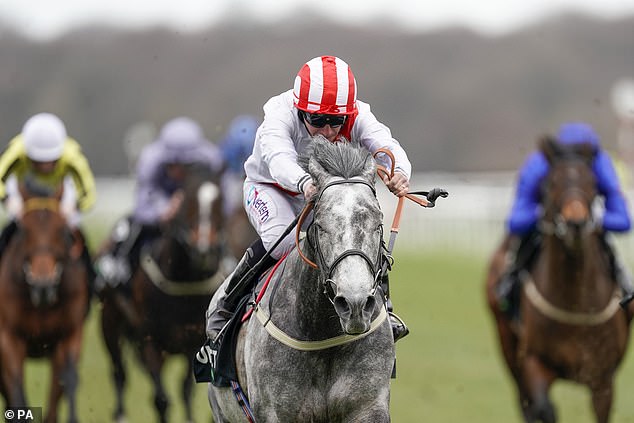 PJ McDonald stepped in for the winning ride after intended jockey Andrea Atzeni had to isolate after a passenger on a recent flight from Bahrain tested positive to Covid-19.

McDonald had earlier predicted big things from Top Rank after winning the Doncaster Mile on the James Tate-trained five-year-old.

Tate, who could aim Top Rank at Newbury’s Group One Lockinge Stakes, said: ‘We could just be brave. He looks an improved horse. His work had been better so it’s exciting to see him do it on the track.’