One for the team (Doncaster, nap, 3.15) hails from an illustrious jumping family and can uphold that heritage in Saturday’s Sky Bet Handicap Chase.

The Nick Williams-trained seven-year-old boasts 2016 Grand National winner Rule The World as a close relative, as well as multiple winners Two Swallows and One Of Us, also trained by Williams, in his family tree.

That pedigree suggests we may not have seen the best of the selection over fences and he could emulate Rule The World by landing a feature handicap chase as a novice this afternoon.

Although yet to win in three chase starts this season, One For The Team has bumped into some very useful adversaries, with unbeaten chaser Next Destination proceeding to win a Grade Two after beating him by a length at Newbury.

The Boxing Day trip to Kempton for the Grade One Kauto Star Novices’ Chase saw him run into the likes of winner Shan Blue, who is as low as 7-1 in the market for what appears a red-hot renewal of the Marsh Novices’ Chase.

Unsurprisingly given his breeding, One For The Team struggled to lay up with one or two rivals who boasted more latent pace, but he stuck to his task manfully on the final circuit, suggesting a more galloping track and handicaps could see him come into his own. He has the opportunity to prove that theory at Doncaster and a mark of 141 looks workable given he was good enough to finish within seven lengths of the now 158-rated hurdler McFabulous at Chepstow over hurdles. 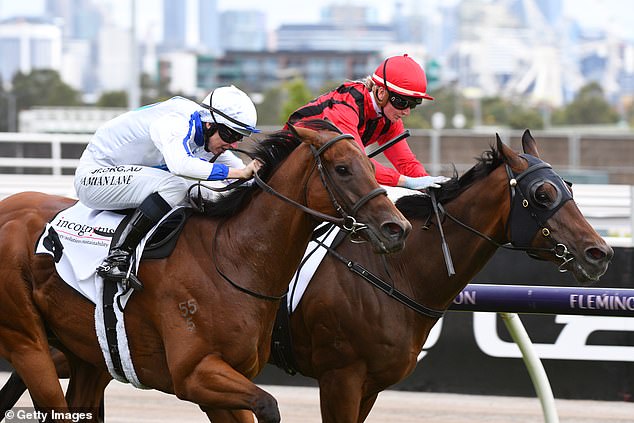 Cap Du Nord has been the chief interest in the ante-post markets with his Christmas effort at Kempton behind Royale Pagaille advertised by his conqueror’s romp at Haydock last weekend.

Although nudged up 6lb in the handicap for that victory, the fact Royale Pagaille has subsequently earned quotes as short as 8-1 for the Gold Cup suggests Cap Du Nord faced an impossible task last month and he rates a major danger.

Ashtown Lad (Doncaster, 2.40) blotted his copybook in Grade Two company at Cheltenham last time with a rare lacklustre effort but every horse can be forgiven a poor run and he may put his career back on track in the Albert Bartlett River Don Novices’ Hurdle.

Two smooth hurdling successes preceded the Prestbury Park flop and, although the gelding’s best days undoubtedly lie over fences next season, he can still make a mark in Graded contests over hurdles.