William Knight lays down gauntlet ahead of Qipco 2,000 Guineas after Checkandchallenge wins the Coral Burradon Stakes in Newcastle

Checkandchallenge could have done enough to earn a tilt at the Qipco 2,000 Guineas with a smooth win in the Listed Coral Burradon Stakes on All-Weather Finals day at Newcastle.

The William Knight-trained colt is as short as 16-1 — he was a 100-1 shot at the start of the day — for the first Classic of the season after racing clear of Dubai Poet.

Jockey Danny Tudhope needed only to use minimum encouragement after making a move from the back of the field. 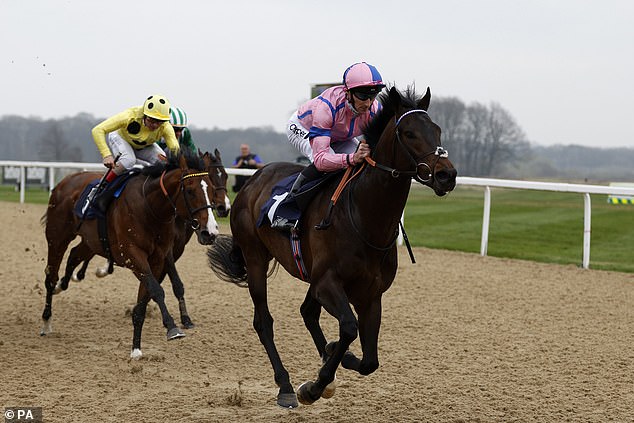 Checkandchallenge has now won on both his starts after making an encouraging, successful debut at Wolverhampton in November.

Knight said: ‘I was absolutely delighted and excited with the manner in which he won in what looked a competitive field. He had to go and win to warrant a run in the Guineas and that’s still on the agenda.

‘It looked like there was a bit left there, which there needs to be to be competitive in the Guineas. We’ve always liked him and we put a Guineas entry in earlier in the year, so we obviously hold him in high regard.

‘This was to see where we are and we’ve got to be thinking that way.’ 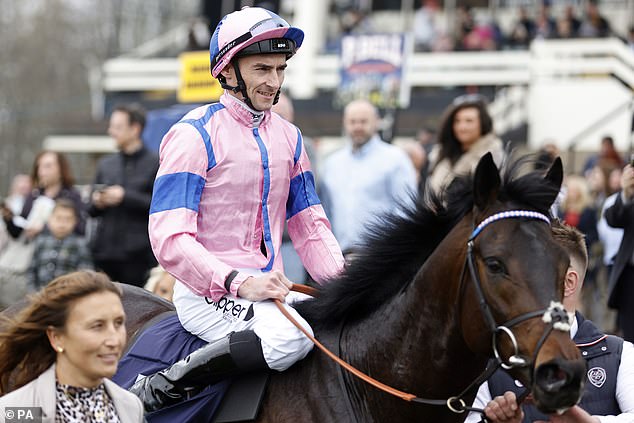 The Commonwealth Cup at Royal Ascot may be on the agenda for Karl Burke’s El Caballo, who made it five wins on the bounce after a narrow debut defeat last year.

He held off fast-finishing Tiber Flow by a short head under Clifford Lee in the Three-Year-Old AW Championships Conditions Stakes.

Jonjo O’Neill-trained Time To Get Up (Robbie Power), who finished third in the Midlands National at Uttoxeter last month, is the sole British-trained runner in Monday’s Irish National at Fairyhouse.

The 30-horse line-up includes six horses who ran in the Randox Grand National including Enjoy D’allen, who unseated his jockey at the first fence at Aintree.