The fixture scheduled for Yarmouth on Friday has been switched to Wolverhampton following concerns over the surface at the seaside venue.

Racing on Monday was called off after three races due to a fatal fall to the Amy Murphy-trained Lord Chapelfield in race three, an incident which left Gabriele Malune carried off the track on a stretcher and taken to hospital.

A deputation of senior jockeys and officials found ‘inconsistent ground’ on Monday, although Tuesday’s inspection by senior course officials and the BHA Inspectorate uncovered nothing untoward according to ARC Racing Director, Jon Pullin.

He said: ‘Following Monday’s mid-racing incident at Yarmouth, we have undertaken a thorough inspection of the whole track with senior racecourse officials and the BHA Inspectorate.

‘Whilst nothing has come to light from this inspection, including any false ground, we will, in conjunction with BHA, move the fixture scheduled for Friday 7 August to Wolverhampton, before we resume racing at Great Yarmouth on Tuesday 25 August.’

Thankfully, Malune was released from hospital on Tuesday with trainer Amy Murphy reporting he was suffering from ‘bumps and bruises and a little concussion’. 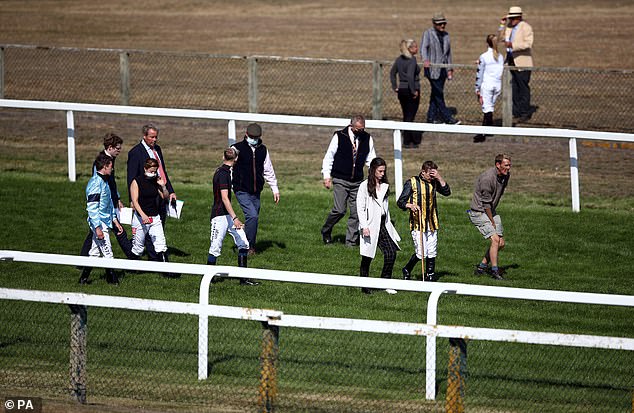 Meanwhile, Irish trainer Denis Hogan has been dealt a ‘devastating blow’ with the sudden death of his classy sprinter Sceptical.

A bargain buy at just £2,800 when unraced for Godolphin, the four-year-old won four races before posting a career best when third in the Diamond Jubilee Stakes at Ascot.

Hogan, who recently retired from the saddle to focus on his training career, said: ‘He was a horse of a lifetime and we have been dealt a devastating blow.’